Ulstein-owned vessel named Blue Queen has been converted from a standard offshore supply vessel to this specialized walk-to-work vessel in just 12 weeks at the Royal Niestern Sander shipyard, Wagenborg said on Wednesday.

Kasteelborg will support the offshore activities on the southern North Sea under a six-year contract with the Nederlandse Aardolie Maatschappij (NAM) and SHELL UK Exploration & Production (Shell UK).

The so-called ‘Walk-to-Work Emergency Response and Rescue Vessel’ (W2W ERRV) will act as a standby and support vessel for inspection and maintenance of the unmanned platforms in both Dutch and British waters.

The Kasteelborg will be deployed together with ​Kroonborg for the maintenance of the dozens of unmanned platforms of NAM / Shell UK. The original idea of the Kroonborg was to have all the major maintenance carried out.

However, in practice the vessel was often used for unscheduled interventions at other platforms. This made it impossible in practice to carry out maintenance according to a long-term planning. Kasteelborg will therefore, next to Kroonborg, be deployed on this ad-hoc work. 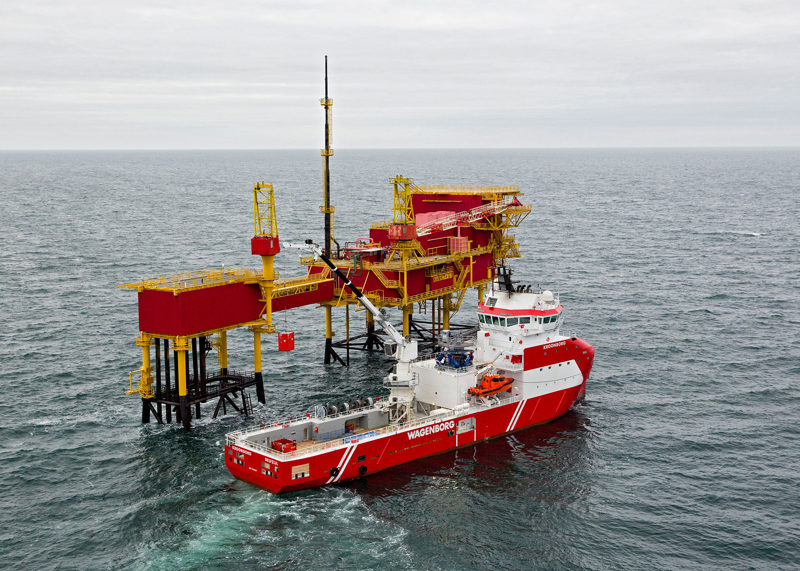