Danish wave energy company Wavepiston has completed the factory acceptance test (FAT) for its wave energy power generation and desalination units that will be deployed off Canary Islands.

Wavepiston’s wave energy system consists of energy collectors placed in the ocean. The energy collectors produce pressurized seawater which is transported to the shore where power generation and reverse osmosis units for desalination are located.

Following the technology development phase, Wavepiston recently informed it passed FAT for both reverse osmosis and power generation technology at FH Automation’s facility in the Danish city of Horsens.

Steen Grønkjær Thomsen, Wavepiston’s chief technology officer, said: “We have reached a milestone since the large amount of our budget is dedicated to developing power generation and reverse osmosis units.

“The result of the test was very positive. We connected the power generation unit to the public grid at Horsens, passing on the energy we produced to the public consumers”.

Thomsen added the next step will be to ship the system to Gran Canaria, where it will be installed at the Oceanic Platform of the Canary Islands (PLOCAN) test site.

To remind, Wavepiston installed the first test string of its full-scale device at PLOCAN test site in December 2020, with the support of the EU-funded Blue-GIFT project.

For the newly built system, Wavepiston plans to start with the installation works in the third quarter of 2021, according to the company’s chief executive officer Michael Henriksen.

“After this, we will focus on the installation of the wave energy converter and connecting this to the platform and grid, planned for the first quarter of 2022”, Henriksen added.

Worth noting, Wavepiston completed a crowdfunding campaign in early February 2021, raising over €2.4 million.

Wavepiston said at the time the proceedings from the campaign would be used to finance final phase of its technology development. 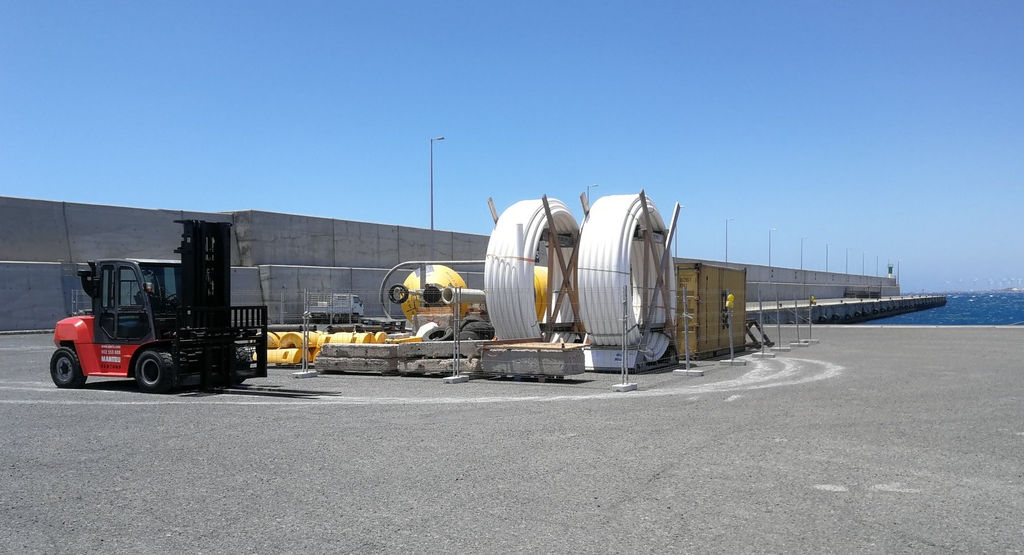