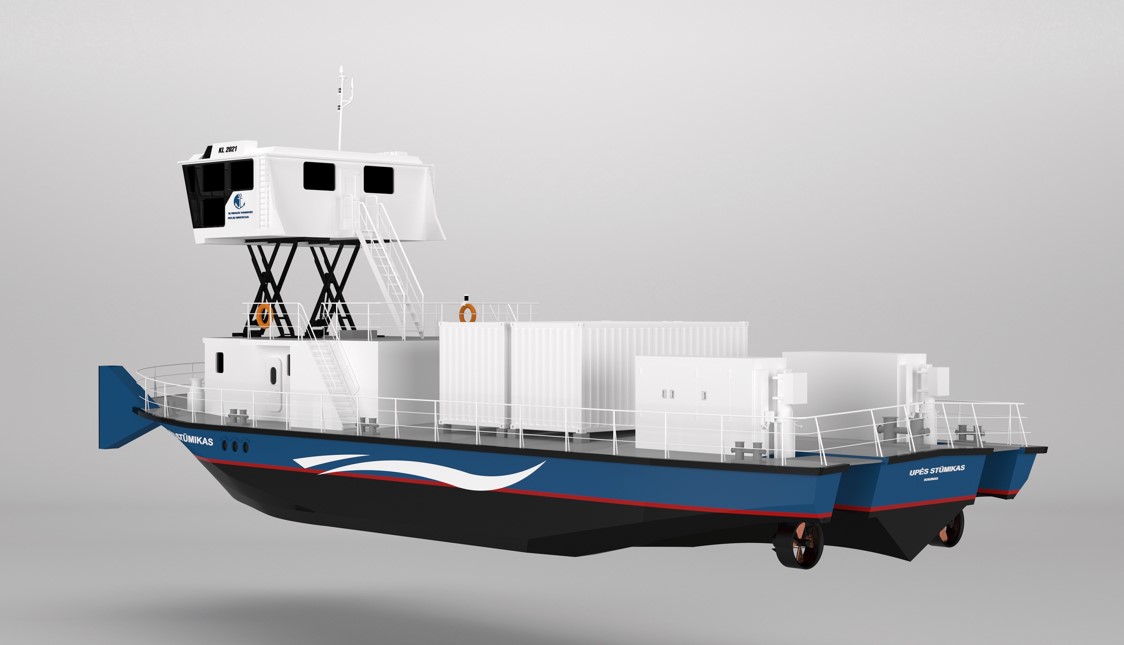 As informed, the agreement will see the companies collaborate on building the first electric pusher vessel, named the ELECTRIC EEL, for the Lithuanian Inland Waterways Authority before expanding to the wider EU market.

The design partnership comes as the EU is ramping up pressure on member states to shift cargo from road to eco-friendly vessels on Europe’s extensive inland waterways network. Presently road freight, accounts for 75 per cent of inland cargo, while inland waterways account for just six per cent.

EU strategies indicate that inland waterway transport and short-sea shipping should increase by 25 per cent by 2030 and by 50 per cent by 2050.

WBE’s Head of Sales & Marketing, Eglė Mikalauskienė, said the partnership with AYK Energy will supercharge its drive to roll out different models of the vessel for use on Europe’s inland waterways and other major markets like the United States.

“We are absolutely delighted to extend our design partnership with AYK,” she said.

AYK Energy president Chris Kruger said AYK is well placed to support WBE due to its experience of the marine battery market working on vessels including tugs, dive support vessels and ferries.

“We have been very impressed by WBE’s vision to electrify inland waterway transportation, it is long overdue and is exactly the type of project we want to work on,” according to Kruger.

“Our initial design is for a low draft pusher but we are receiving lots of interest for deeper draft models as well as for vessels which can pull as well as push,” she said.

“It is brilliant to see our concept capture the imagination and working with AYK we can now design alternative models, with different shape batteries and power voltage, to meet owners’ requirements.”

Kruger confirmed the new partnership will focus on initially deploying its Aries + model 17.6 KW hour li-ion batteries with the potential to expand to its 23.3 KW hour Centarus & Aquarius ranges.

Mikalauskienė further said the potential market is very attractive. According to figures, there is a fleet of 332 diesel pushers on the Danube alone pushing more than 2000 non-propelled barges.

“We estimate each of these vessels is emitting 196,317 KGs Tank To Wheel (TTW) of CO2, per navigation, while our electric pusher design slashes this at a stroke as it emits zero CO2,” she noted.

“The beauty of our design is also in its ease of use, it can be bought and then built at a local shipyard near the customer or we can build it in Lithuania. We believe our electric pusher can play a critical role in the drive to transform the IWT of Lithuania as well as the Danube and Rhine.” 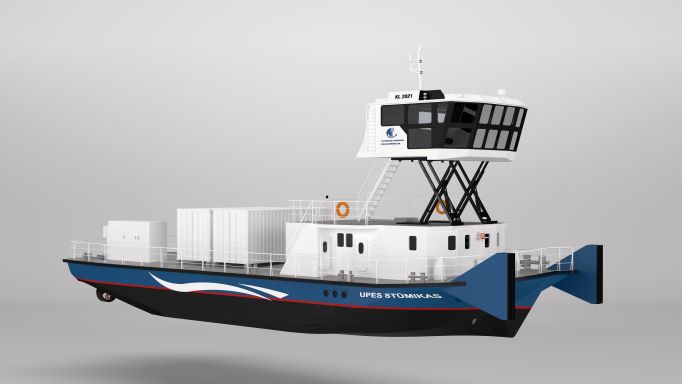