Greenert toured the WHOI Laboratory for Ocean Sensors and Observing Systems, where he received briefings from WHOI scientists about current research on climate change, the Arctic Ocean, ice sheet dynamics, and sea level rise, as well as the MIT-WHOI Joint Program, which includes a master’s program for Navy officers. WHOI engineers showcased ocean technology developed at WHOI such as Ice-Tethered Profilers and the Nereid Under Ice and REMUS robotic vehicles; and discussed the Navy’s newly commissioned research vessel Neil Armstrong, which WHOI will maintain and operate for use by the U.S. scientific community.

“We were honored to have Admiral Greenert visit us and see for himself some of expertise and ingenuity that the people of WHOI have always offered the Navy,” said WHOI President and Director Susan Avery. “WHOI’s focus is the Navy’s theater—the ocean.”

On his Facebook page, Greenert said of his visit to WHOI: “This fine organization’s motto, ‘Where Innovation Happens,’ was very much on display as we got to discuss and see their work on climate change and underwater vehicles. Since WWII we have partnered with WHOI to better understand and predict the environment in which our Navy operates.”

Commemorating WHOI’s historically long and productive relationship with the Navy, Avery presented Greenert with some momentos. The first was a specially decorated Styrofoam cup shrunken by the pressure of the deep sea when it was carried on a mission by the research submersible Alvin, which is owned by the Navy and operated by WHOI. The second was a framed series of “data cards” returned to WHOI by Naval submariners during World War II.

At the start of the war, basic research at WHOI had discovered how salinity and temperature changes in the ocean affected the propagation of sound under water. WHOI scientists built instruments called bathythermographs, or BTs, to measure these changes and trained submariners to use them to avoid detection from enemy sonar.

One of the data cards in the frame given to Greenert read: “The ENG officer is happy to be able to forward this card because it means we were able to ‘walk away’ from this one.” The card goes on to describe how the SS 363 used BTs to escape heavy fire from seven Japanese ships after its successful attack on a heavy cruiser. “My sincere thanks to Allyn Vine of Woods Hole Inst. for the time he spent explaining the value of BT observations to me.”

Greenert concluded:  “I was intrigued by WHOI scientists’ and engineers’ research and passion – they gave me many ideas to think about as I focus my energy on sustaining our undersea dominance. Special thanks to all who made this visit a success.” 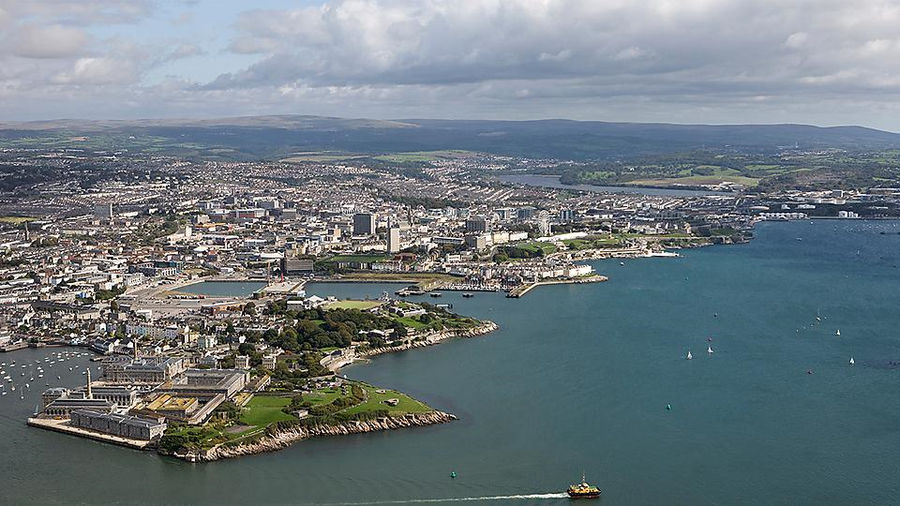