A first-of-its-kind acoustic telescope is under development at the Woods Hole Oceanographic Institution (WHOI), funded by a $1 million grant from the W.M. Keck Foundation, that will permit researchers to map and study the underwater soundscape.

Seawater quickly absorbs or scatters light, radio waves, and other forms of electromagnetic radiation, making conventional telescopes useless beneath the ocean surface. However, sound travels great distances through the water and many marine animals have evolved to use sound to communicate, find food, and navigate underwater. Scientists, too, have learned that they can use sound to observe and probe the depths.

“The ocean is almost entirely opaque to humans,” said WHOI President and Director Mark Abbott. “The acoustic telescope represents an important step in making the ocean more transparent and developing a detailed understanding of the marine environment.”

Like an optical telescope, the acoustic telescope will give scientists the ability to focus in on individual sounds originating from long distances and direct observation of phenomena including waves, rainfall, and earthquakes that produce telltale acoustic signatures. It will be sensitive to a broad range of frequencies to help map the complexity of sounds in the ocean and enable a more nuanced view of both the natural and human-generated underwater soundscape. Once constructed, it will be deployed at the edge of the continental shelf off the Northeast Coast of the U.S. to give it an unobstructed “view” of the Atlantic basin.

The interdisciplinary project will be led by WHOI acoustic scientists Ying-Tsong “Y.T.” Lin and Daniel Zitterbart, project manager Paul Matthias, and WHOI Mooring Operations Group Leader John Kemp and will include scientists, engineers, and technicians representing a wide range of disciplines from inside and outside WHOI. Its operation will leverage the existing infrastructure of the NSF-funded Ocean Observatories Initiative Pioneer Array 100 miles south of Martha’s Vineyard. This project will transform the way in which researchers listen in on the deep ocean environment and decode the information embedded in the underwater sound field.

“We are very fortunate to have the support of the Keck Foundation in designing and building the acoustic telescope,” said Lin. “By integrating our observations of biological, geophysical, meteorological, and other measurements, we will ultimately be able to assemble a more complete and holistic acoustic picture of our ocean.” 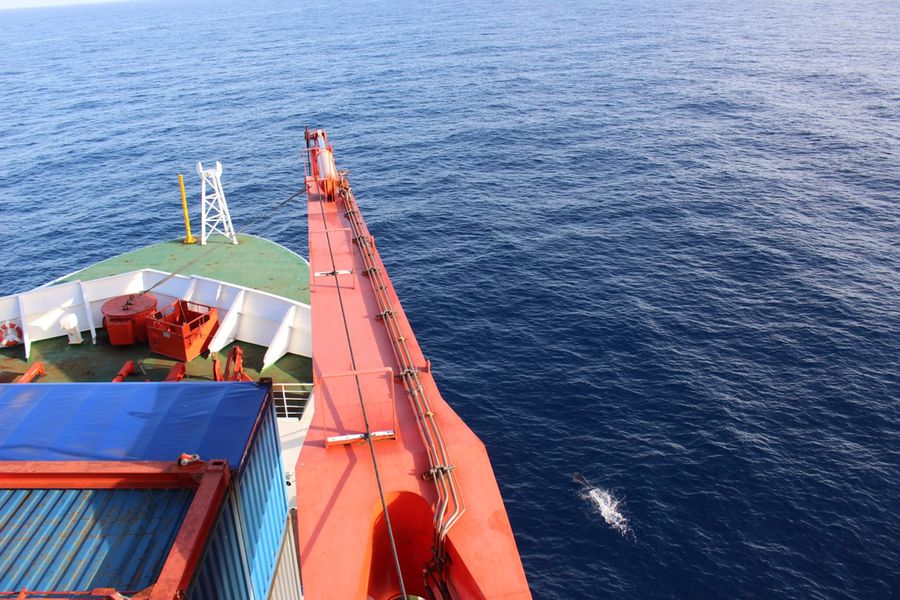