Norwegian short-sea operator Wilson has entered into an agreement to purchase eleven bulk carriers under the lease contract signed with German Arkon Shipping in 2020.

To remind, the parties signed a deal under which Wilson was to take about 20 dry bulk carriers on a long-term lease from Arkons’ represented coaster fleet, including Hanse Eco newbuildings.

Wilson stated that the agreement continues while these eleven ships will go from being on a time charter to being owned by the company.

Therefore, the acquisition does not entail any fleet growth but increases the number of owned ships, Wilson noted.

The unnamed ships are expected to be taken over during this year. Further details were not disclosed.

“The reason for the purchase is to secure the tonnage long-term on good terms in a strong market. The company considers the transaction favourable in the current market situation and it supports the company’s long-term belief in the market”.

Once the ships are acquired, Wilson will operate a fleet of more than 130 ships, of which almost 110 are owner-controlled.

About two months ago, the Oslo-listed company decided to acquire six dry cargo vessels from Germany’s shipping company Rhenus Maritime Services in an effort to strengthen its European presence.

“The agreement will secure Wilson’s capacity and strengthen the logistics systems so that the company is well equipped to serve the European industry in the future. A larger system will increase efficiency, reduce ballast and expand the European network in line with Wilson’s growth strategy“, the company said at the time. 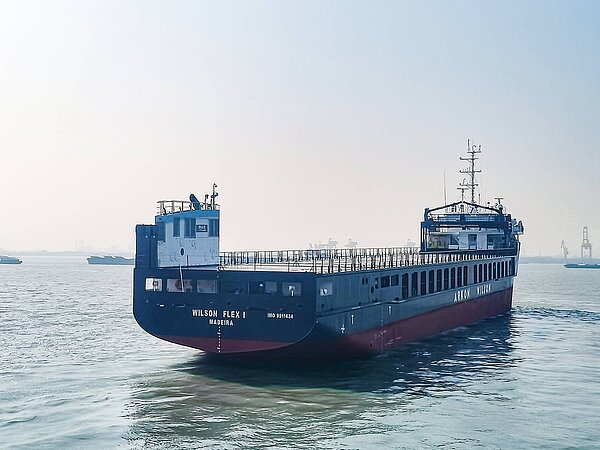