When wind speed increases, turbine control systems adjust the pitch of their blades to account for the added load, which also ensures that the rotor speed does not exceed safe operating levels, according to NREL.

Currently there’s nothing like pitch control for wave energy, but NREL’s wave energy research team is pushing for a next-generation design in wave energy converters with new freedom and controls, according to researcher Nathan Tom.

The high loads and harsh environment of open water, or what researchers call ‘slamming events’, are inevitable hurdles for wave energy developers. Designs have progressed over the past 20 years, but no one has yet provided a good solution for these slamming events, according to NREL.

Now, NREL researchers have develped what is said to be a uniquely designed wave energy converter – a variable-geometry device whose design was inspired by conceptualizing a series of horizontal flaps that span across the device.

Brainstormed on Venetian blinds design, the new wave energy converter concept features the flaps that reduce the pressure on the converter when opened without sacrificing power output, according to NREL.

“Imagine holding your hand flat and vertical against a strong current – and then spreading your fingers to let water flow through. Those openings reduce the peak loading, leading to smaller extreme loads and less probability of damage or system failure,“ NREL states.

Wave energy converters with these flaps would use less steel, which reduces capital costs and lowers the levelized cost of energy, and they would also be more resilient, NREL said.

Extreme loading, like breaking waves slamming against a wave energy converter, can “cause greater component fatigue, damage or even destroy the device,” Tom said.

With a fixed-body wave energy converter, that is – the one that does not use adjustable geometry to reduce system loading – large sea states may mean the device would have to turned off, sunk or pulled out of water, according to Tom.

Initially, the system would be controlled by a computer. Load and motion sensors would help the system decide when to open and close the flaps, according to NREL.

Wave forecasting and radar could also be useful if the system’s controller can see that a large wave will hit in 10 seconds – feedforward controls could reduce loading on the wave energy converter structure and smooth power generation.

Although the team has done small-scale tank validations at the University of Maine, getting NREL’s wave energy solution to market may be a challenge.

Laboratory and open-ocean assessments, as well as a full levelized cost of energy analysis, will be necessary before the variable-geometry wave energy converter concept is adopted by industry, NREL said.

Still, the team’s design breakthrough could be a boon to a nascent industry. 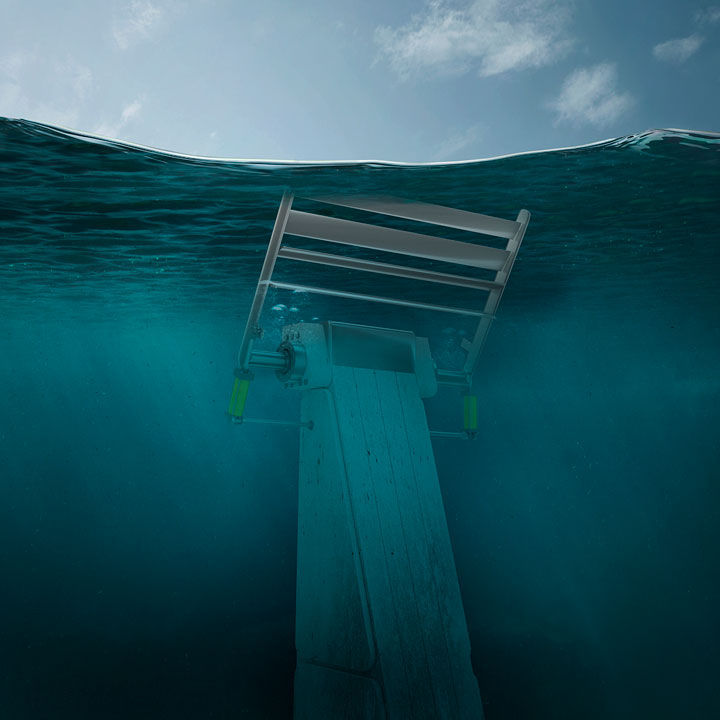