This project marks the first construction project at Wison Offshore & Marine’s Zhoushan yard, and the official operational launch of the first phase of the yard. The yard is located on Xiushan Island in Zhoushan, Zhejiang province and covers an area of 1.5 million square meters with a coastline of 2300 meters. Construction on the second phase of the yard is on-going, and is scheduled to be fully complete and operational in 2015. As Wison Offshore & Marine’s largest fabrication facility, the Zhoushan yard is equipped to supply products including jackup and semi-submersible drilling platforms, offshore oil production platforms, large jackets, large-scale offshore floating cranes, liquefaction and gasification units for FLNG, FPSO and FSO, as well as modularized components for both offshore and onshore heavy industrial units.

The project currently under construction at the Zhoushan yard includes the construction of pipe racks and other modularized equipment for Venezuela’s RPLC Refinery Deep Conversion Project. Wison Offshore & Marine’s scope of work is to provide services including the fabrication and design of the steel structures, procurement, construction, pre-commissioning and loadout. The project consists of 84 modules totaling approximately 26,000 tonnes, which will be delivered in 8 batches. The solution of modularized fabrication at the yard and field assembly requires great precision in the construction of each modules and components. But such solution shortens the construction cycle for each batch to as little as 150 days.

With the commencement of construction, the RPLC module project is now in full swing. And the occasion also marks the operational launch of Wison Offshore & Marine’s Zhoushan Yard.

Dwayne Breaux, Executive Vice President of Wison Offshore & Marine, proclaimed, “Wison Offshore & Marine has been listening to the needs of the market and we are very proud that the opening of the Zhoushan Yard signals the next step in our EPC capabilities, a preparedness to service everything from large module projects to FLNG and FPSO projects with this world class facility.” 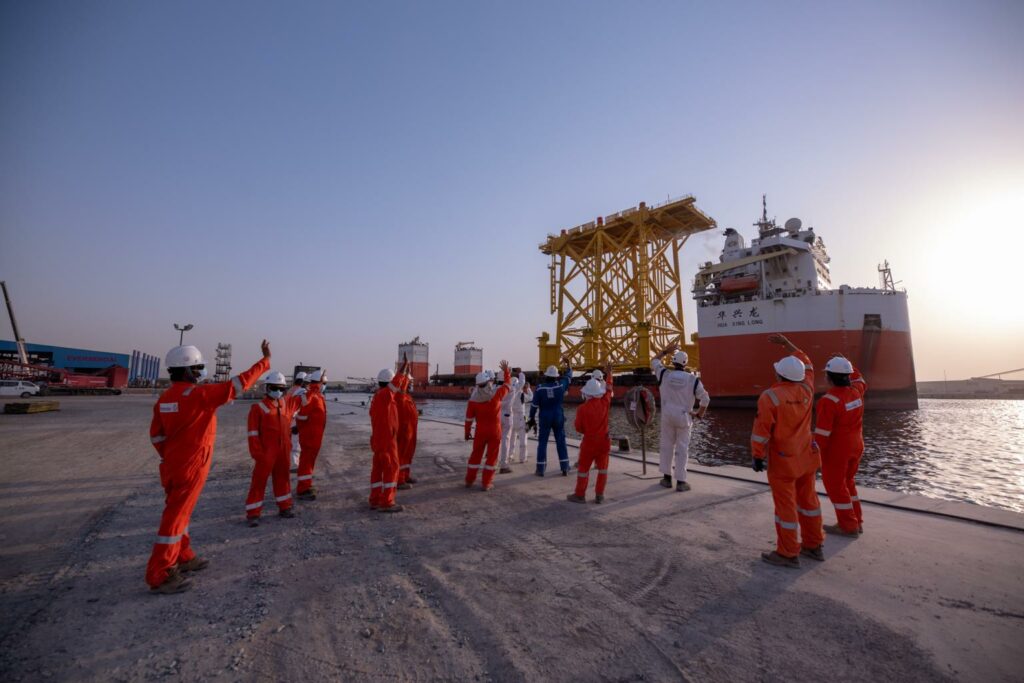