China’s Huarun Dadong yard has started retrofitting Hapag-Lloyd’s ultra-large containership Sajir to use LNG as fuel, in a move claimed to be the world’s first such conversion.

The 15,000 TEU vessel arrived at the Shanghai yard on August 31 for the retrofit works including the installation of a 6,500-cbm GTT LNG fuel tank.

The project has been affected by the ongoing Covid-19 pandemic as Hapag-Lloyd previously planned to start the works in May.

The world’s first large contairneship conversion to LNG power has a price tag of about $30 million.

This pilot project will help Hapag-Lloyd to decide on future LNG conversions but also paves the way for other boxship owners looking to slash emissions and comply with more stringent IMO rules.

Besides new tanks, the ship’s fuel system and its existing heavy fuel oil-burning MAN engine will switch to dual-fuel power. This includes LNG and low-sulphur fuel oil as a backup.

Hapag-Lloyd inherited the LNG-ready Sajir after its takeover of UASC back in 2017. Its 16 sister ships are also LNG-ready and fit for retrofitting.

Huarun Dadong expects to complete the retrofit works on Sajir by year-end.

This year will probably mark many firsts for ultra large LNG-powered containerships. Besides the first conversion, the world will see the delivery of the first two giant LNG-powered newbuilds.

As previously reported, Offshore Energy understands that CMA CGM’s 23,000 TEU Jacques Saade will be delivered to the owner this month.

The world’s largest LNG-powered vessel will serve the Europe-Asia route. It will bunker LNG from the MOL-owned and Total-chartered Gas Agility that recently arrived off Rotterdam.

Besides this vessel, CMA CGM has additional eighth sister ships on order at Hudong-Zhonghua and its unit Jiangnan.

Furthermore, the French shipping group is also involved in the second LNG containership delivery slated for this month, but this time as a charterer.

The French firm will charter all of the six sister vessels scheduled for delivery from Hyundai Samho by 2022. 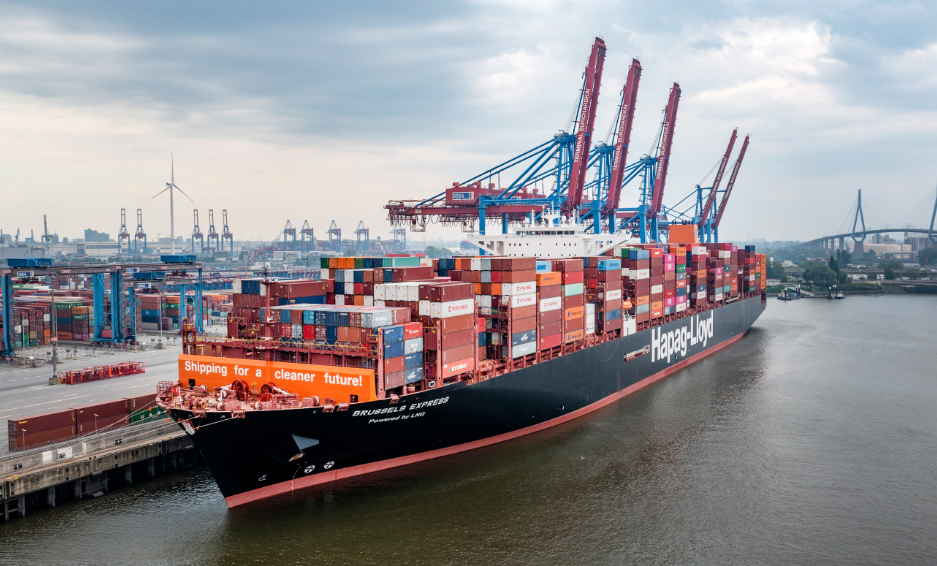