The ship type is said to be the largest dual-fuel PCTC in the world, making a historic breakthrough in the country’s shipbuilding sector, according to CSSC.

CSSC and SAIC Motor signed a shipbuilding agreement in Shanghai on 17 January 2022.

The low-carbon environmentally friendly vessels will have a deadweight tonnage of 13,100 tons. With 13 cargo decks including four movable decks, the PCTCs will feature a length of 199.9 meters and a width of 38 meters.

Classed by DNV and China Classification Society (CCS), the newbuilds will use LNG as the main fuel and will have an option to use marine gasoil (MGO) and low sulfur fuel oil (LSFO). 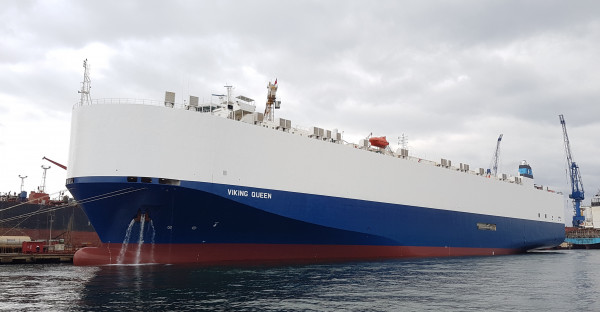