The Hybrid AUV / ROV is equipped as a containerized spread to transform any vessel of opportunity into a survey and inspection platform in less than 18 hours, the company said.

This is said to allow deepwater assets and offshore wind operators to reduce their costs, risks, and carbon footprint by lowering offshore man-hours, chartering a DP1 or above vessel, and reducing shipping costs by using the containerized spread.

The 3,000 meters rated dual hull vehicle has a stern with a higher tolerance for currents with its low profile making it useful for offshore wind work where currents are a factor in shallow water operations, and in other scopes including pre- and post-pipeline routes, environmental site surveys, offshore hydrocarbon projects, and civil engineering surveys, the U.S. company added.

“Fast and focused leak hunting is now possible while generating a detailed integrity review in a parallel vessel that also undertakes other operations (SIMOPS). Data harvesting from a vehicle with the agility of a Sabertooth during SIMOPS has been an ambition we have had as a business for some time.” 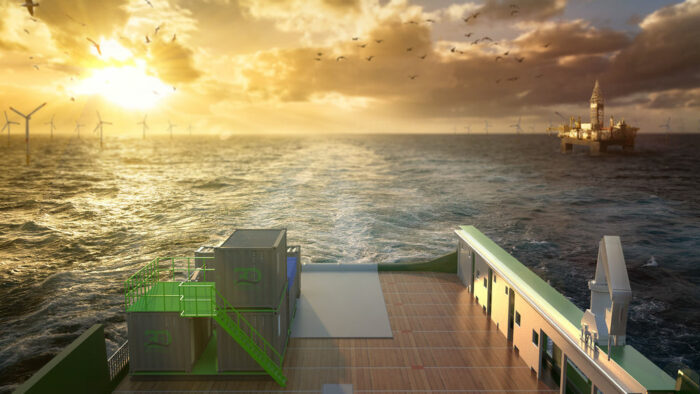