The scope of work includes the spooling of two 3,500 metre ROV umbilicals, the spooling of a crane boom wire and aux wire, including 3,900 metres of 135mm wire on to the vessel’s crane. The largest wire on this project weighs 360te, ACE Winches had to build a new upgraded spooling winch to accommodate the weight.

Alfie Cheyne, CEO, ACE Winches said: “This project is a huge achievement for ACE Winches and demonstrates our capacity to take on large scale contracts where we are given responsibility for the whole project.”

The project comes as ACE Winches announced the appointment of Andy Thom to its board as chief commercial officer. Thom joins ACE Winches from Sea Trucks Group where he had held several senior management roles since 2008.

Alfie continued: “We are thrilled to be welcoming Andy to the team. Andy’s experience and knowledge will be invaluable to the company and I look forward to working closely with him to steer the company through the current challenging market conditions.” 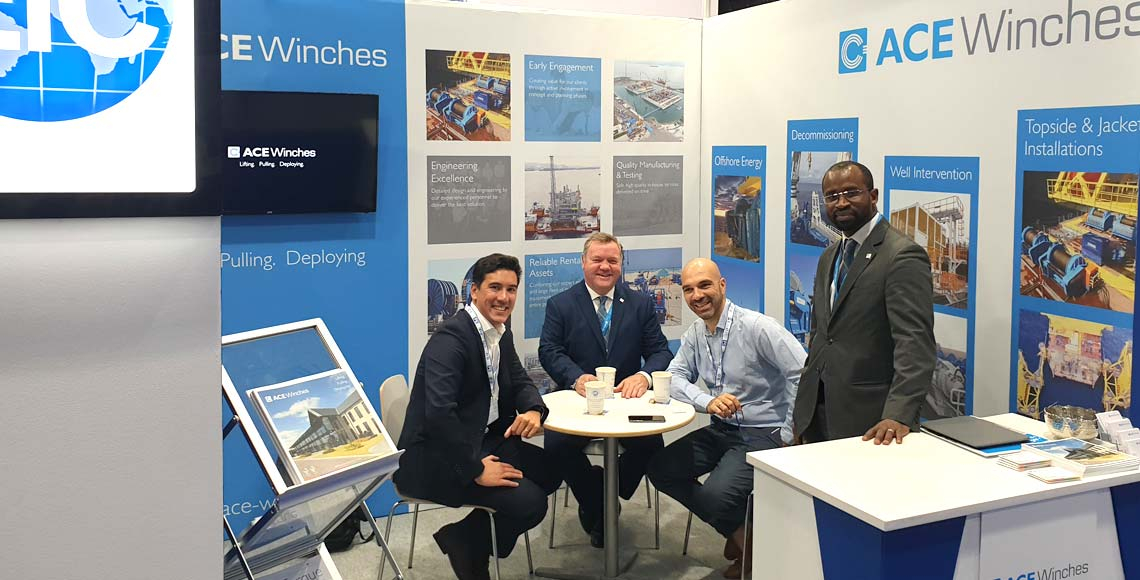