With this investment, the company aims to increase the container handling capacity by 10% to 2.18 million TEUs.

According to Girish Aggarwal, COO of GTI, the move is a step forward in supporting the government’s initiative to improve “Ease of Doing Business”.

“The investment will allow us to cater to the larger vessels safely and efficiently at our terminal. This, in turn, will assist our customers to drive operational efficiency towards the Indian trade”, Aggarwal said.

APM Terminals Mumbai, said to be the highest volume handling terminal in India, is a joint venture between APM Terminals and domestic rail operator Container Corporation of India (Concor) operating at Nhava Sheva

In addition to India, APM Terminals is also investing in Nigeria’s largest container terminal. According to recent reports, APM Terminals Apapa has invested $438 million to upgrade its facility with modern cargo handling equipment since it won the concession of the terminal in 2006.

At the beginning of the year, the Netherlands-based terminal operator decided to bring forward its net-zero greenhouse gas (GHG) emission target to 2040, a decade ahead of its initial 2050 ambition. 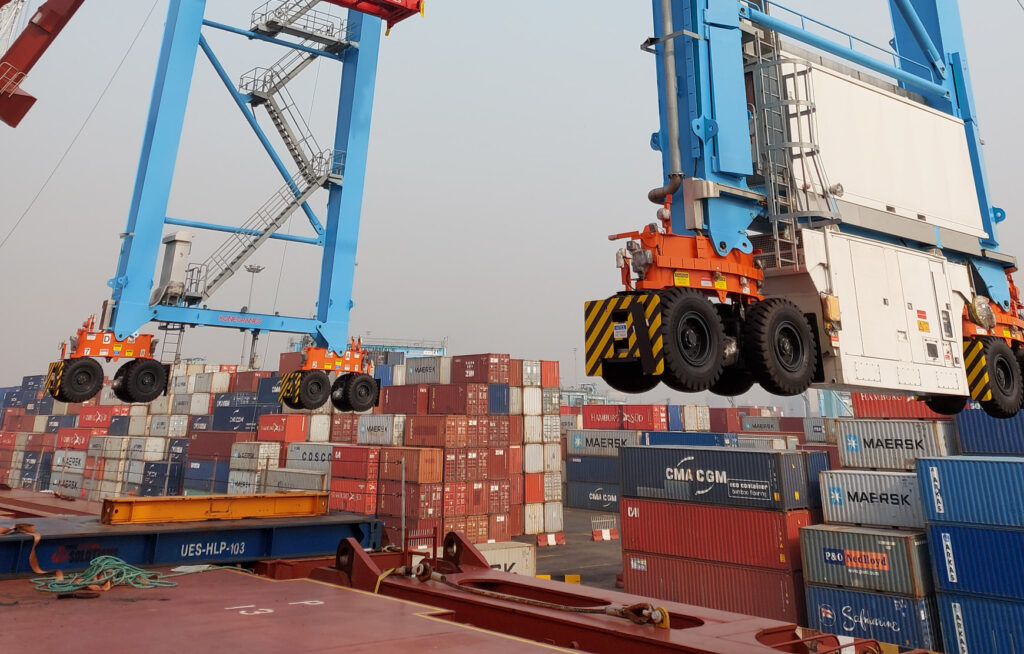