The STS cranes are expected for delivery in March of 2017, while the ARMGs are scheduled to arrive the following month.

The new terminal is scheduled to open in January 2018 with an annual throughput capacity of 800,000 TEUs, and the ability to handle vessels up to 18,000 TEUs capacity.

The Italian government is providing EUR 300 million (USD 341.4m) for civil works for the project, with APM Terminals investing EUR 150 million in the new terminal.

“This crane and container handling equipment order is a very important milestone in the development of APM Terminals Vado, and the future of the Savona-Vado area” said APM Terminals Vado Managing Director Carlo Merli.

“This shore side infrastructure is essential to the development of new logistics networks and inland transportation possibilities for Italy as the Ligurian coast becomes accessible to the global shipping fleet’s largest vessels.”

Vessels of up to 14,000 TEU capacity are now calling the Ligurian coast facilities as larger container ships are introduced into the Far East/Europe trade lane. The APM Terminals Global Terminal Network is expanding into the Ligurian coast as part of the port’s master plan to create new global supply chain access to markets in Northern Italy, Southern France, Switzerland and Germany.

The new terminal, which will handle both containerized and liquid bulk cargoes, will be integrated operationally with the existing 275,000 annual TEU capacity Vado Reefer Terminal facility, which was acquired by APM Terminals in August 2015. 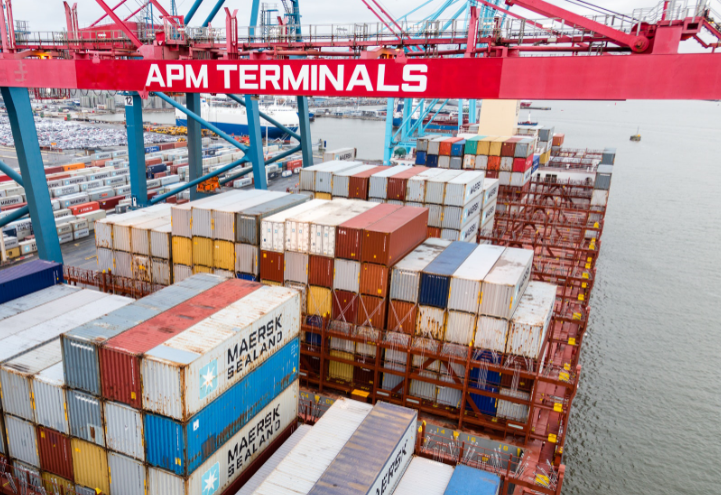