Maersk has shared with World Maritime News some photos from Venta Maersk’s historic trip to the Arctic, and some of them are majestic.

The 3,600 TEU ice-class Venta Maersk ventured into the Arctic in August this year to test out the Northern Sea Route and its freezing waters for the first time with the aim of collecting scientific data.

The ship became the world’s first commercial containership to transit the route, as the lane was reserved for tankers and most recently passenger ships.

The route is becoming ever more appealing to the shipping industry, as it is much shorter than the Suez Canal, especially amid the reduction of ice in the Arctic.

The boxship’s journey to the Arctic was concluded on September 28, when Venta Maersk reached the port of Saint Petersburg, Russia.

The journey was nothing short of an adventure, as both the ship and its 25 crew members had to endure extreme weather conditions.

“Ship structure and every single machinery installations were put to the test. Extra equipment such as night vision binoculars, fuel, provisions and spare parts were stored aboard the vessel and different additional tracking and monitoring systems installed,” the company said, describing the journey.

The journey was planned in close cooperation with the Nothern Sea Route Administration, ice breaker company and other Arctic vessel operators.

The ship passed through Bering Strait on September 6 and the following day crossed the Arctic Circle, entering the Chukchi Sea and officially sailing in Arctic waters.

Venta Mærsk adjusted its route slightly keeping further south to avoid the ice belt to the North of the East Siberian islands. Before entering the East Siberian Sea, the vessel was met by an icebreaker, which assisted it through the next section of the Northern Sea Route.

The icebreaker escorted Venta Mærsk through the East Siberian Sea and the Sannikov Strait, where there is very shallow water.

During the journey, the aurora borealis made several appearances.

“The memory that will last the longest for most of the crew will certainly be the undiluted experience of nature. Most had never seen northern lights and we had four days of perfect floor seats to this spectacular show,” Captain Søren Bruun said.

“While the trial offered an exceptional opportunity to gain operational experience in a new area and to test vessel systems and crew capabilities, currently the Northern Sea Route is not seen as an alternative to the existing east-west routes at Maersk,” Maersk pointed out.

As explained, new services are planned according to customers’ demand, trading patterns, and population centres.

“Operations in the Arctic pose completely different demands on ships and their design. The passage is feasible for around three months during the summer, marked by a lack of obstructive ice. That said, ice conditions can vary and are in general difficult to predict. Thus, assistance by icebreakers which are around to support safe navigation all year will still be necessary,” elaborates Michael Meisel, Senior Marine Specialist and project lead of the trial.

“Furthermore, we also must consider that ice-classed vessels are required to make the passage. Going forward, there will be more dependency with the Polar Code which would also mean additional investments.” 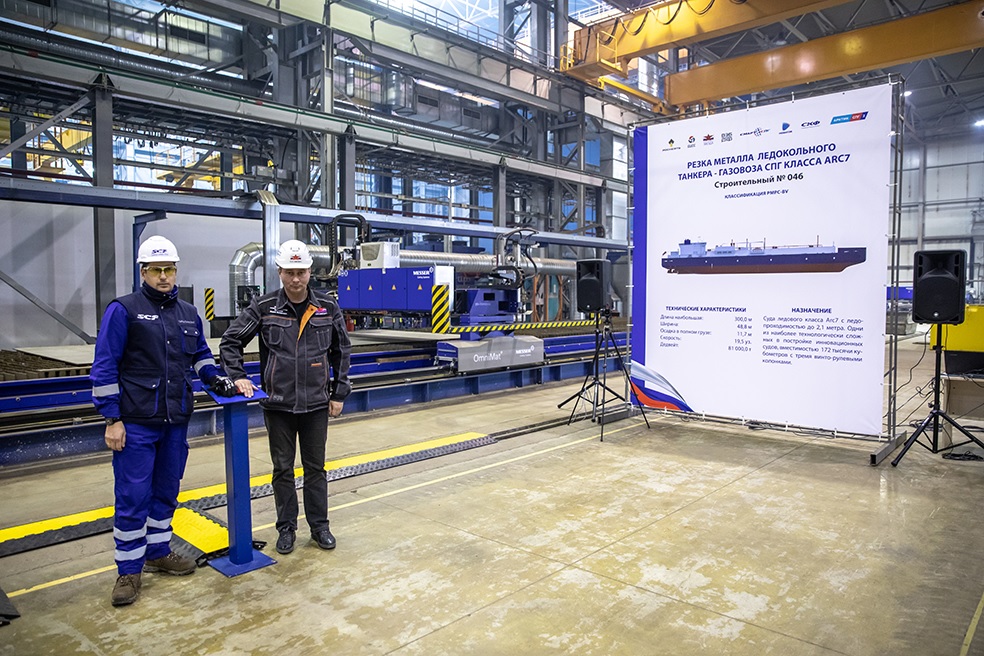