Back to overview
Home Fossil Energy As merger with Lundin goes into effect, Aker BP unveils plans to spend over $15 bln on projects

As merger with Lundin goes into effect, Aker BP unveils plans to spend over $15 bln on projects

The merger between Norway’s oil and gas company Aker BP and Lundin Energy’s E&P business has been completed, creating the largest listed E&P company focused exclusively on the Norwegian Continental Shelf (NCS) and the second-largest one operating on the NCS.

Aker BP revealed in December 2021 its intention to acquire Lundin Energy’s oil and gas business, and the two firms signed a merger plan in February 2022.

Aker BP informed on Thursday that the boards of directors of Aker BP and Lundin intended to complete the merger by final registration of completion in the Norwegian Register of Business Enterprises after the close of trading on the Oslo Stock Exchange on 30 June 2022.

In an update later that same day, Aker BP confirmed that Lundin Energy’s E&P business was transferred to the Norwegian firm on 30 June, adding that the merged company is the second-largest operating company on the Norwegian continental shelf.

The company outlined that this merger will be implemented in three stages. The first one starts on 1 July 2022 and during this stage, Lundin Energy Norway will operate as a fully owned subsidiary of Aker BP, however, the subsidiary’s name is now changed to ABP Norway.

The second stage comes into effect on 1 October, when all employees will be fully integrated into a single organisation and the third stage entails the merger of ABP Norway with Aker BP as soon as it is practically feasible.

Aker BP explained that it will operate or participate as a partner in most of the major field developments on the NCS in the next few years, with NOAKA, a new central platform on Valhall, the King Lear tie-back to Valhall, Wisting and Skarv satellites as the largest projects.

Furthermore, the company plans to invest more than NOK 150 billion (over $15 billion) in development projects in the period up to 2030. During the same period, the Norwegian firm will drill around 180 new wells and carry out an “exciting” exploration programme, which will contribute to significant production growth in the years ahead, based on the firm’s statement.

The development projects, the exploration activity and operation of six production hubs “create significant positive ripple effects” for the supplier industry, along with “tens of thousands of jobs with highly competent companies across the country,” stated Aker BP.

Moreover, Hersvik pointed out that the energy transition is the largest and most important strategic challenge the industry has ever faced.

“The world needs more energy which is sustainable, affordable and reliable. Aker BP is already today among the oil and gas companies in the world with the lowest CO2 intensity. We are progressing according to plan to achieve our targets to reduce our emissions by 50 per cent by 2030, and plan to neutralise the remaining emissions. In addition to reducing emissions, the oil and gas resources must be managed in a way that gives even more back to society,” explains Hersvik.

In lieu of this, Aker BP has made a strong commitment to a wide range of digitalisation measures aimed at increasing productivity while working closely with its alliance partners to maximise value creation and reduce emissions.

In a separate statement, Lundin Energy also confirmed the completion of the combination of its E&P business with Aker BP, adding that its shareholders will retain their existing holding in the firm’s renewables-focussed business, which is changing its name to Orrön Energy.

Lundin also stated that following the completion of the combination, its shareholders will hold 43 per cent of the total number of shares and votes of Aker BP.

Nick Walker, outgoing President and CEO of Lundin Energy, commented: “I am convinced that the combination with Aker BP is a ‘win-win’ outcome for both sets of shareholders, as it creates a business that is positioned to prosper through the energy transition and deliver increased and sustainable dividends.”

Aker also issued a separate statement to comment on this merger, stating that the merged company is the largest listed E&P company focused exclusively on the Norwegian Continental Shelf, adding that Aker, BP Exploration Operating Company and Nemesia (Lundin family) are its three main shareholders.

Øyvind Eriksen, President and CEO of Aker, and Chairman of Aker BP, stated: “Through this merger, we create the oil and gas company of the future. Aker BP is positioned with industry-leading low cost and low CO2 emissions. The company has a target of net-zero emissions by 2030 and is offering a reliable and secure source of energy.”

The firm further elaborated that it will continue to be the largest shareholder in Aker BP with a 21.16 per cent ownership, held through its wholly-owned subsidiary Aker Capital, bp will hold 15.87 per cent, Nemesia will hold 14.37 per cent and other shareholders will hold 48.60 per cent. Additionally, Aker, bp and Nemesia have undertaken a six-month lock-up on their Aker BP shares from closing.

Bernard Looney, CEO of bp, commented: “The combination of Aker BP and Lundin Energy’s Norwegian oil and gas business has created a world-scale independent oil and gas company with a leading position in very high-quality, resilient resources with best-in-class CO2 emissions intensity. As investors in Aker BP, we are excited about the prospects for the new enlarged company.”

According to Aker, after this merger, Aker BP is now the second-largest operating company on the NCS after Equinor and will continue to focus on the digitalisation of the oil and gas industry.

Ian Lundin, outgoing Chairman of Lundin Energy, said: “I believe that what is being created by merging our great organisations is a company that is truly unique in our industry. The new company is going to be a model for the independent E&P of the future; growing production from a world-class asset base, coupled with low-cost operations and a carbon footprint which will be amongst the lowest in the industry.” 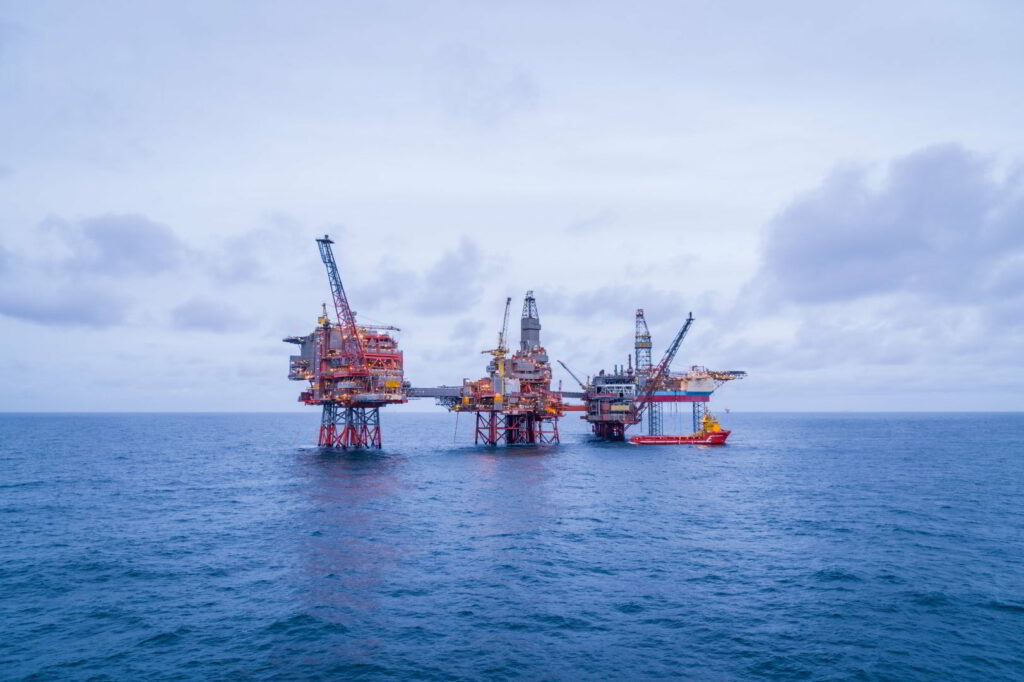