Australian Unions Take to the Streets amid Penalty Rate Stripping

Unions from across New South Wales (NSW) will join the Maritime Union of Australia’s (MUA) march in Sydney today, calling on Prime Minister Tony Abbott to back Australian workers in the dispute between container terminal operator Dubai Ports World and its workforce, MUA said in a release.

MUA is concerned that DP World may strip new workers of their penalty rates and has voiced concern over job security while unemployment has rocketed to a 12-year high.

The Australian Council of Trade Unions (ACTU) and MUA have urged terminal operator DP World to get back to the negotiating table for a new enterprise bargaining agreement last week.

The call came in the aftermath of MUA’s protected industrial action at DP World terminals on Thursday and Friday, amid failure to reach a satisfactory bargaining agreement.

DP World responded to the wharfies’ protected action by locking the workers out.

“The members are engaging in further industrial action on Monday and the company has again chosen to lock us out from 10am through to 6am Tuesday. This is an important rally that will be crucial in sending a message to DP World that our hard won conditions are not negotiable,” MUA said.

According to MUA, the following issues have been found at DP World’s terminals:

Melbourne: There are already two different rates of pay for workers doing the same job as straddle drivers and the company now wants to do away with penalty rates for new workers.

Fremantle: There are forced redundancies for 12 full time workers set to take effect on 31st December. This will reduce the number of full time rostered permanents to 40 out of 200 (20 per cent of the workforce).

Port Botany: Automation of the terminal will mean more than 250 redundancies and there needs to be fairness in the plan for redundancies.

Brisbane: Automation has already occurred. Not only does the new technology not work but managers are taking jobs which should be performed by MUA members.

“Since coming to office the Abbott Government has signalled its intention to strip penalty rate entitlements from Australian workers. It is likely Dubai Ports World expects support from Employment Minister Eric Abetz and the federal government,” MUA said.

MUA Assistant National Secretary Warren Smith said that with workers at Dubai Ports World currently locked out of their workplace at Port Botany, this was the perfect opportunity for Mr Abbott to flip the script.

“The Australian people do not want their working entitlements stripped from them. They do not want foreign-owned employers like Dubai Ports World trying to get rid of penalty rates or see jobs handed over to robots without a proper plan for redundancy,” Mr Smith said. “This is a perfect opportunity for Mr Abbott to confound expectations and stand with Australian workers against a foreign-owned employer trying to remove their penalty rates.” 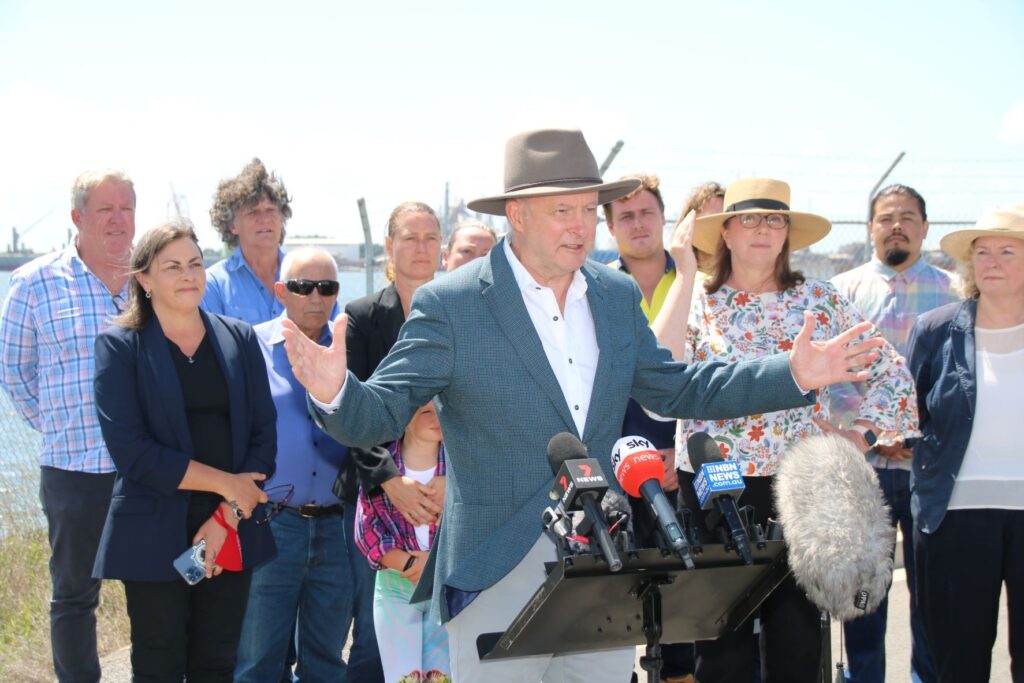