Damen Shipyards Galati in Romania has launched the fourth Island Class battery-powered ferry for the Canadian ferry operator BC Ferries.

Work will continue on the new ship until scheduled sea trials in April. Following successful sea trials, the vessel will make its way to Point Hope Maritime in Victoria in fall 2021 for final preparations.

The yet-to-be named ship is the fourth in a series of six Island Class vessels joining the BC Ferries fleet, and the second assigned to the Campbell River – Quadra Island (Quathiaski Cove) route.

The two-ship service is scheduled to begin on the route in 2022, replacing the existing Powell River Queen.

By replacing one larger ship with two smaller vessels on the route, BC Ferries will increase capacity per hour (from 59 to 94 vehicles per hour, on average), receive more frequent service, as well as reduce congestion on local roads.

“When electric charging technology matures to make electricity available in the quantities required, BC Ferries will operate these new ships as all-electric ferries, using clean energy. In the interim, these ships will use an on board low sulphur diesel hybrid system,” the company said.

Island Class ferries have the capacity to carry at least 47 vehicles and up to 400 passengers and crew depending on configuration, and allow for fleet redeployments and retirements of existing diesel fuelled vessels. 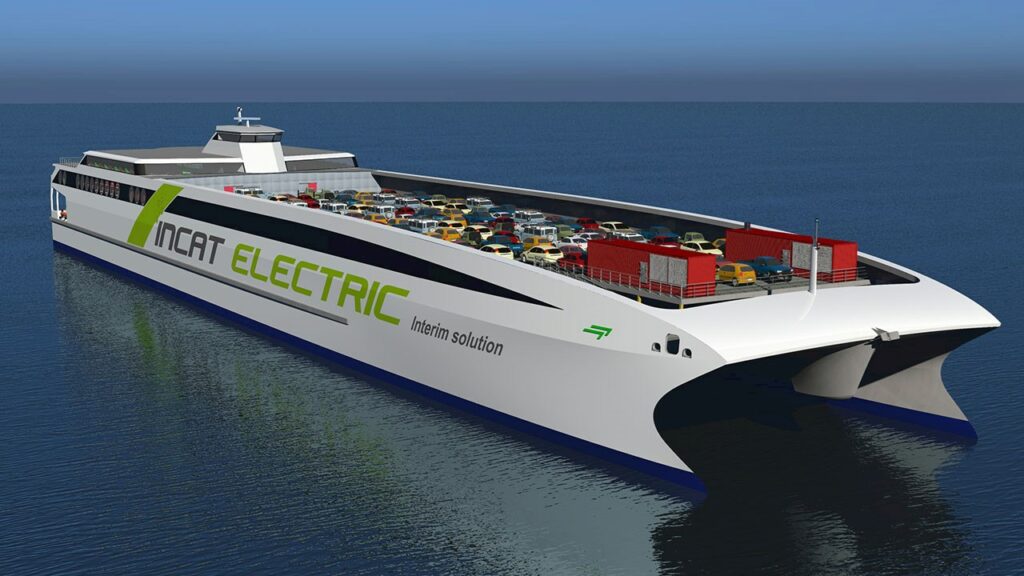