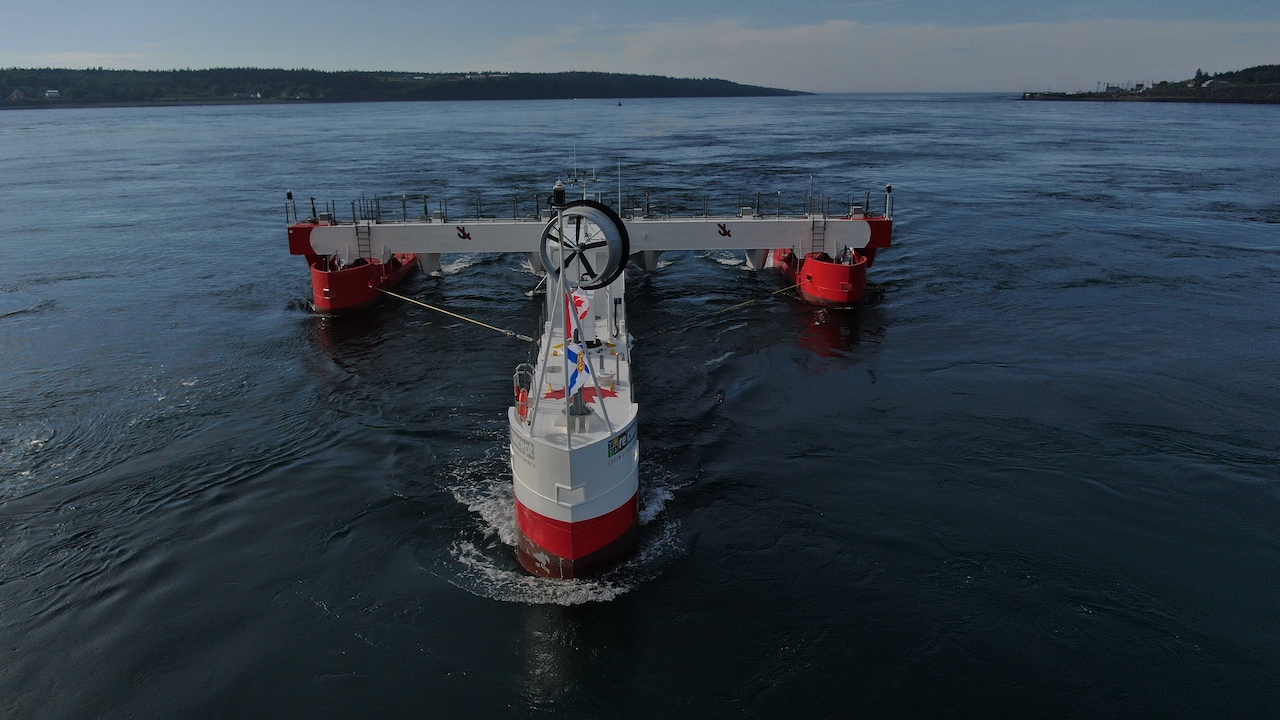 Sustainable Marine has officially powered up its next-gen floating tidal energy platform PLAT-I in Nova Scotia, making it the first to deliver in-stream tidal power to the grid in Canada.

The company announced that its system in Grand Passage is ready to begin commercial operation, following the event held on Brier Island in the Bay of Fundy to celebrate the launch.

During the event, Nova Scotia Minister of Environment and Climate Change Tim Halman powered up the in-stream tidal energy platform.

The 420kW PLAT-I 6.40 platform is deployed at the Fundy Ocean Research Centre for Energy (FORCE) site as part of the first phase of the Pempa’q In-stream Tidal Energy Project.

In the coming months, the company will continue to operate the platform at its demonstration site at Grand Passage, gradually building up power production, to further prove the technology and environmental monitoring systems, before commencing deployments in the Minas Passage.

“This marks an incredible milestone in our journey to help communities achieve energy independence and fight climate change by harvesting clean energy from the waters around them,” said Jason Hayman, CEO of Sustainable Marine.

“We have the potential to revolutionize the Atlantic power grid entirely by tapping into the resource available to us at the Bay of Fundy and we are committed to working collaboratively with our provincial and federal government partners to ensure alignment and remove barriers so we can accelerate the deployment of these technologies and help to transform the electricity system for the Maritimes and deliver the region’s net-zero vision.”

“The Government of Nova Scotia is committed to addressing climate change and transitioning our province to a clean economy. Clean, renewable energy is our future, and our tides are a key resource as we transition to a net-zero future,” said Minister Halman.

“I want to commend Sustainable Marine for their work which will bring clean, renewable energy to homes in the province. Through this project, they are helping to lead Nova Scotia forward to a sustainable and prosperous future that will benefit all Nova Scotians and help the health of our environment and our planet.”

The Government of Canada is supporting the initiative with $28.5 million in funding, said to represent one of Canada’s largest-ever investments in tidal energy.

Nova Scotia has allocated approximately 30MW of capacity via demonstration permits and berths at FORCE for developers to demonstrate the effectiveness, cost and environmental effects associated with tidal energy.

These demonstration projects provide developers with a pathway to reduce costs on route to commercial projects with regulatory framework already in place to deliver up to 300MW of installed capacity.

According to Sustainable Marine, the Bay of Fundy’s huge tidal energy resource contains more than four times the combined flow of every freshwater river in the world, with the potential to generate approximately 2.5GW of green energy.