Ceona, SURF contractor with heavy subsea construction capabilities, has marked another milestone in delivering its next generation flagship asset, the Ceona Amazon, following the installation of 570te multiple pipelay VLS and twin 400te cranes onto the deepwater field development vessel.

One month after the vessel’s arrival at Huisman yard in the Netherlands, the Ceona Amazon has been equipped with inclined multi-lay VLS with a top tension of 570te, and with two 400te Active Heave Compensated (AHC) masthead cranes able to work in tandem. The two 18m diameter wheels on the top tower and deck aft are also being installed.

According to Ceona, the next weeks will see Huisman complete the electrical and hydraulic hookup, and perform the commissioning of the system.

This step in the building programme comes less than two months after the Ceona Amazon was officially christened in Bremerhaven, Germany, and underwent sea trials ahead of schedule – underpinning the overall prompt delivery of the vessel within time and budget, the company notes in the press release.

Steve Preston, Chief Executive Officer of Ceona, who initiated the design concept for Ceona’s vessel, said: “This is a particularly exciting moment for all those involved in bringing the Ceona Amazon to fruition. The cranes and multi-lay VLS are a milestone in the installation of  pioneering equipment and features that take the vessel into the next era of cost-effective deepwater subsea construction and installation projects.

“We are now looking forward to showcasing the Ceona Amazon and demonstrating its exceptional deepwater subsea tie-back and field development capabilities to our clients, suppliers, partners and other industry representatives at the end of February in Schiedam. The asset is the flagship of our fleet of next generation vessels and is a clear indication of our commitment to bringing new, cost-effective subsea services to the global oil & gas operator market.”

Ceona says that the Ceona Amazon’s versatility sets her apart as a deepwater field development asset with the vessel being purpose built to perform in multiple pipelay and operational modes, particularly for heavy subsea structure and floater installation services. The company also adds that, in just one trip, the vessel is capable of undertaking complex logistical projects in remote, harsh and deepwater environments – making her ideally suited for provinces such as West Africa, the Gulf of Mexico and Brazil.

Shipbuilding specialist Lloyd Werft delivered the Ceona Amazon in less than two years after the letter of intent for its construction was signed. Huisman pre-built the cranes and multi-lay pipe VLS ready for installation on the vessel’s arrival in Schiedam.

With capacity to carry 8,500te of rigid pipe or 5,500te of flexible, or a combination of both, the Ceona Amazon will be able to lay rigid and flexible pipelines and umbilicals, and install heavy subsea structures or floaters (TLP and FPSO) using its two 400te subsea cranes working in tandem.

The vessel’s G-lay pipelay system, developed and patented by Ceona, features an inclinable lay spread with a top tension of 570te and a rigid pipe firing line system. It combines the offshore assembly of rigid pipe joints along a traditional firing line, then plastic bending of the pipe through a route similar to that of a reel-lay vessel, completed by a vertical exit through the moonpool (J-lay).

The Ceona Amazon will represent the second new vessel – after the Polar Onyx – that Ceona has brought to the market in less than a year. The Ceona Amazon is 199.4m long and 32.2m wide, drawing 8.0m with a gross tonnage of 33,000te. The vessel is due to enter service early 2015. 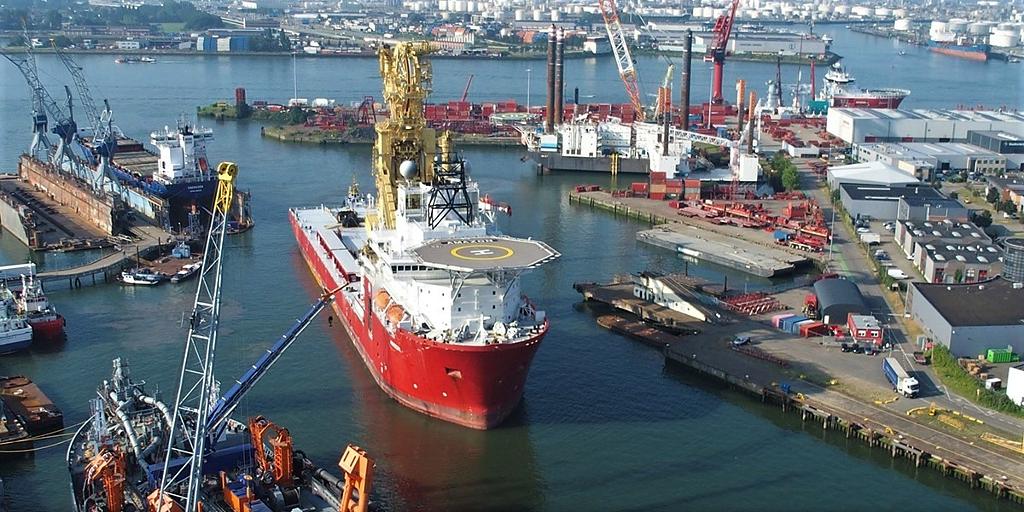