Marine Assets Corporation (MAC Offshore) has announced the successful launching of the CSS OLYMPIA at the Liya Pingtan Shipyard, a yard under the management of Fujian Mawei Shipbuilding in Fujian Province, the People’s Republic of China.

During a speech given at the launching ceremony, MAC CEO, Mr. Robin Reeves, announced the recent signing of contracts for four further CSS vessels, due for delivery between August 2014 and Oct 2015.

The four contracts, signed with Fujian Mawei, at the shipyard head office on the 14th of March 2013, are reported to be the largest single order received by Mawei in their 150 years history. The total value of the deal was not disclosed, but Mr. Reeves advised the market value of these 4 vessels on delivery would be in the region of $500m USD.

The launching of the first accommodation variant of the COMPACT SEMI SUB (CSS), marked a significant milestone in the seven-year history of the design and development of the program. Block assembly was carried out in Liya Ship Yard’s Dry Dock, meaning the launching was made effective by the flooding of the Dry Dock and thus, floating out of the CSS OLYMPIA.

The ceremony was attended by the senior management of MAC and the shipyard, along with guests from supporting banks,  brokers, including the vessel’s new owners, Graal Invest of Brazil.

The construction contract for the vessel was signed in April 2010, and her delivery is due in Nov 2013. 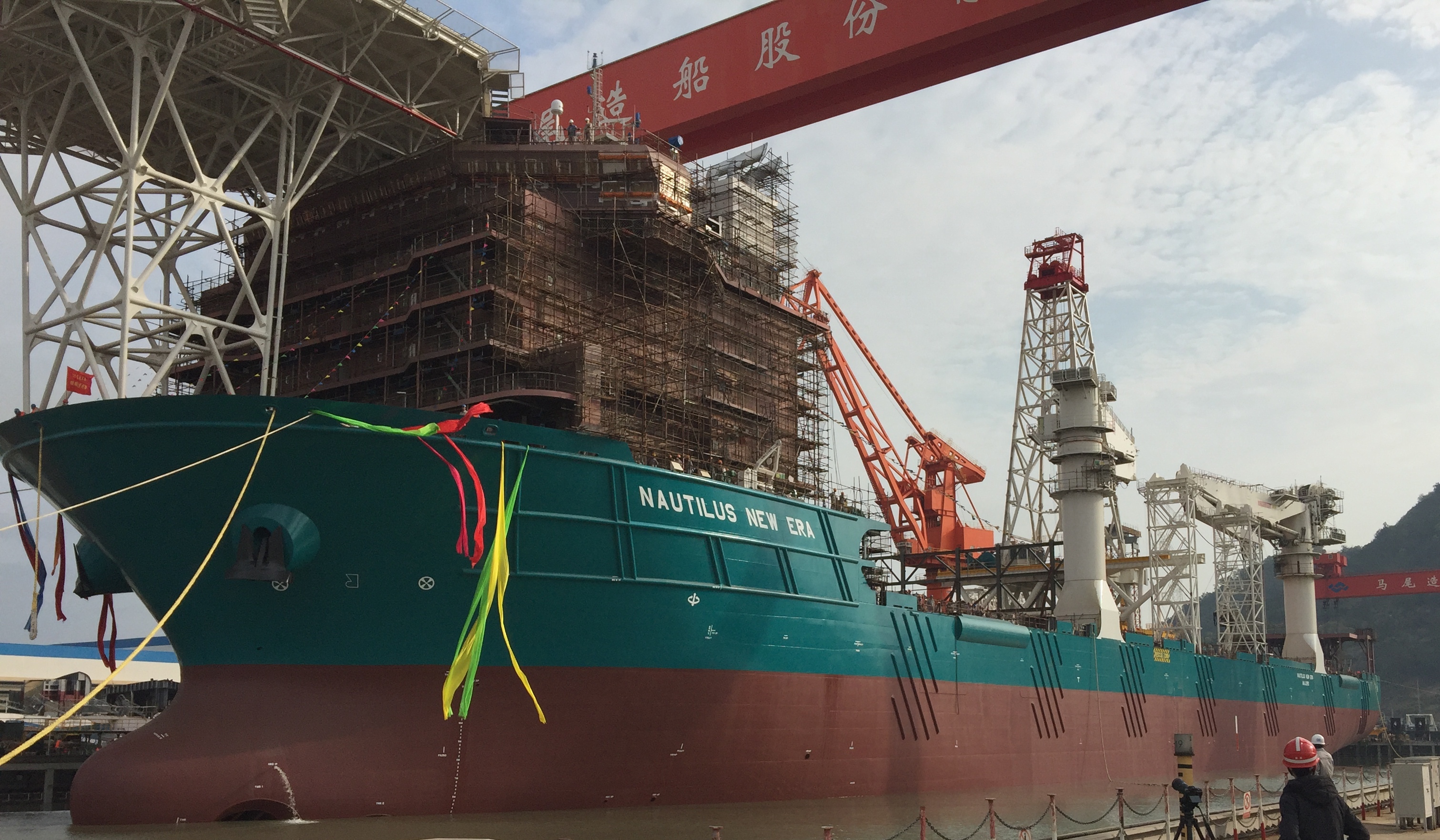