CNPC in for three more LNG carriers at Hudong Zhonghua

Under the terms of the memorandum on construction, the vessels will boast the fourth-generation “Changxing Series” large-scale 174,000 cubic meter LNG ship design developed by Hudong Zhonghua. The ships will span 295 meters in length, 45 meters in width, 26.25 meters in depth, and have a speed of 19.5 knots.

They will have dual-fuel LNG engines and a low-speed propulsion power system to optimize performance and reduce energy consumption.

The contract comes just a year after a similar order was placed by China COSCO Shipping at the yard. The order for three 174,000 cbm is a result of the first LNG transportation project developed solely by Chinese companies including China COSCO Shipping, CNPC and CSSC.

On June 18 this year, Hudong Zhonghua held a docking ceremony for the first ship of the project, marking the official start of a new stage of construction for the vessel.

The shipyard has also secured an order for the construction of two 24,000 TEU containerships from Evergreen Group.

This is a repeat order, building on the contract between CSSC and Evergreen Group signed in November 2019, when the Taiwanese shipbuilder ordered four 23, 000 TEU container ships. The newbuilds have since been upgraded to 24,000 TEU. 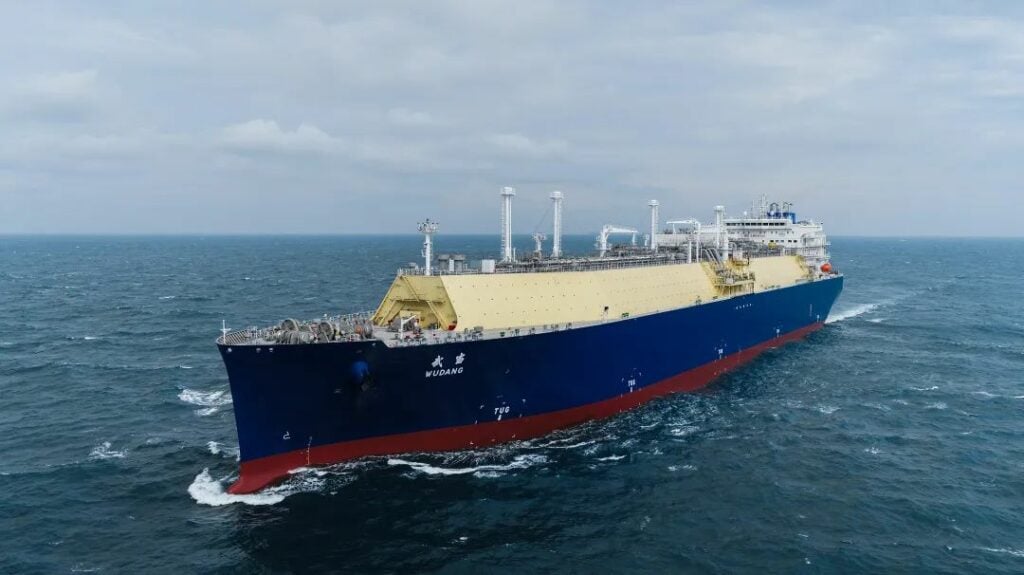