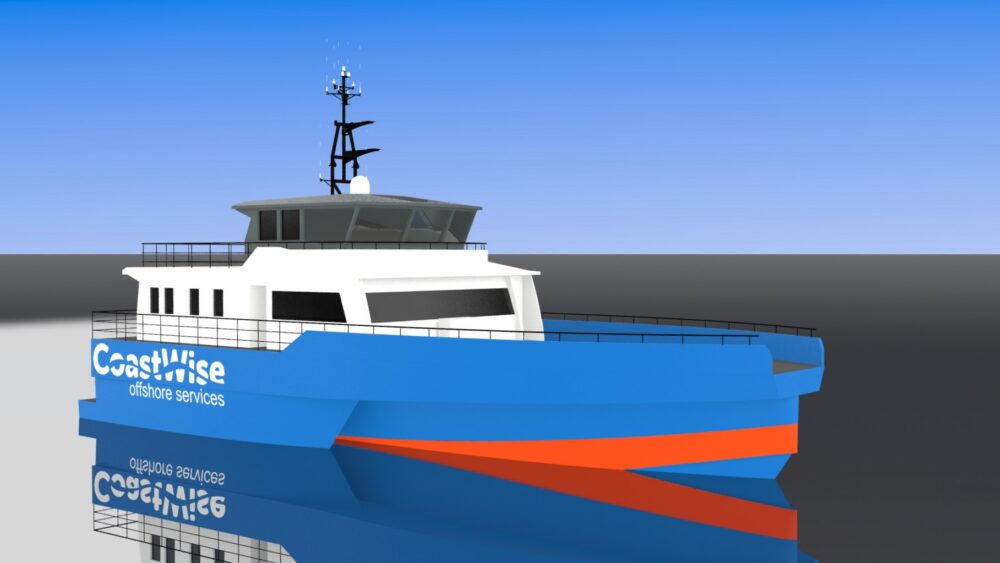 On 3 November, Coastwise Offshore Services and Next Generation Shipyards signed a contract for the construction of a second aluminium vessel for the offshore wind industry, which will be operated by SeaZip.

The vessel will be named COS Mate and follows a previously ordered one of the same design, COS Master.

A contract for COS Master, the first Monomaran Crewtender vessel being built for Coastwise, was signed in August this year and included options for three further vessels.

According to SeaZip, the vessel design, type Endurance NG 2727, provides the stability of a traditional catamaran and the speed and fuel efficiency of a monohull.

COS Mate, which will be delivered to Coastwise in mid-2022, is over 27 metres long, it can accommodate 30 passengers and can carry a load of 15 to 22 tonnes. The vessel will be fitted with a deck crane and will have a cruising speed is 27 knots.

Once both vessels have been completed, Coastwise Offshore Services will outsource the commercial management of the Monomaran Crewtender to SeaZip Offshore Service in Harlingen.

According to a press release from SeaZip, Coastwise Offshore Services said that it succeeded in stirring the interest of a small group of investors for the second time in a short period of time with the help of Ondernemershuis Noord-Groningen. The Fonds Nieuwe Doen, which was set up at the initiative of the Province of Groningen and finances projects in the fields of healthcare, renewable energy, and quality of life in the Province of Groningen, granted a loan.