A recent two-week trial in Scotland’s Loch Ness was the culmination of the three-year ‘Autonomous Surface and Sub-surface Survey System’ collaborative project, part-funded by Innovate UK and Dstl.

The need to collect more data from the marine environment means that marine autonomous systems need to be at sea for longer. Pairing an AUV or unmanned underwater vehicle with an ASV means that positioning accuracy – crucial for high-quality survey data – can be optimised on missions lasting weeks, if not months, without the need for manned surface vessel support.

According to ASV, this technology can open up dramatic cost savings in a wide range of maritime applications from pipeline survey to scientific coral exploration and deep water seabed mining.

“This project has enabled ASV to extend its survey capability; pairing an AUV with our already proven survey platform, the C-Worker 5, has opened up new opportunities for our technology. We have been able to leverage the experience gained from this project into commercial applications, such as our recent delivery of eight ASVs to Ocean Infinity for AUV tracking,” said James Cowles, commercial technical sales manager.

Matthew Kingsland senior robotics systems engineer, NOC, said: “We are now able to send down new missions via acoustic communications to avoid the ALR having to surface from 6 kilometres deep. We are not only tracking, we are getting quality data back from the system via acoustics, so we can make informed decisions.”

“Under this project, we have demonstrated a novel autonomous behaviour running under the Neptune Autonomy engine able to optimise search, localisation and tracking of multiple vehicles based on understanding of the overall mission tasks and the prediction of other vehicle positions. This behaviour enables safe unattended comms relay tasking and efficient data transfers for long-range over-the-horizon maritime operations,” said Pedro Patron, engineering manager at SeeByte. 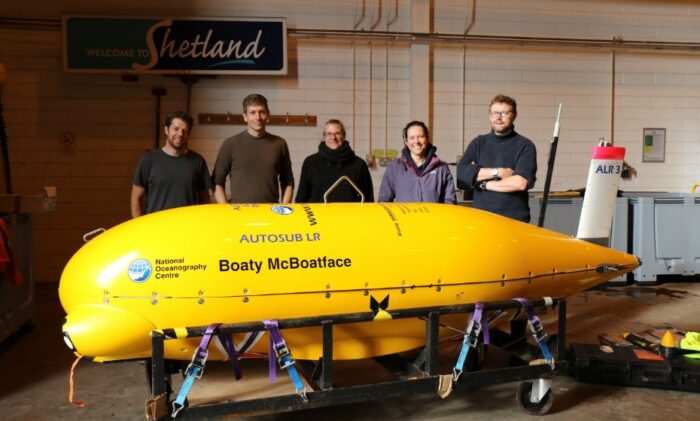