The hull of low-water tanker Stolt Ludwigshafen, which was built by Mercurius Shipping Group in Yangzhou, China on behalf of Stolt Tankers for chemicals company BASF, has arrived in Rotterdam, marking a significant construction milestone.

Following its construction in China, the hull arrived in Rotterdam where it will be prepared for its first voyage in spring 2023.

After mechanical completion, it was carefully loaded onto a transport ship in September and safely arrived in Dutch waters after seven weeks at sea. In this next phase, the tanker will be equipped with crew accommodation, the engines, wheelhouse, line systems and electrics.

In January last year, Stolt Tankers revealed it secured a contract with BASF to help design and build a new tanker that can operate at extreme low water levels in the river Rhine.

The Rhine is a key waterway for the transportation of chemicals in Europe, and during dry weather barges are unable to fully load, increasing transport costs and delaying products.

The main objective of this project was to create a barge with a high load-bearing capacity and a shallow draught, while always ensuring safe operations and full maneuverability even in extreme low-water situations, according to the company.

The measurements of the new tanker are 135 by 17.5 metres, which is considerably larger than the average barges on the Rhine.

The ship will be powered by three electric motors, which are fed by highly efficient Stage V diesel generators of the latest generation with exhaust gas after-treatment. The ship is equipped with ten stainless steel tanks and three separate loading systems.

“Following the unprecedented low water levels of the Rhine in 2018, I am pleased that with our robust contingency measures already taken, we were able to manage the challenges of this year’s low water period quite well. The innovative design of the new Stolt Ludwigshafen will be another crucial element for further increasing the supply security and thereby competitiveness of our largest manufacturing site in the world,” said Uwe Liebelt, President European Verbund Sites, BASF SE. 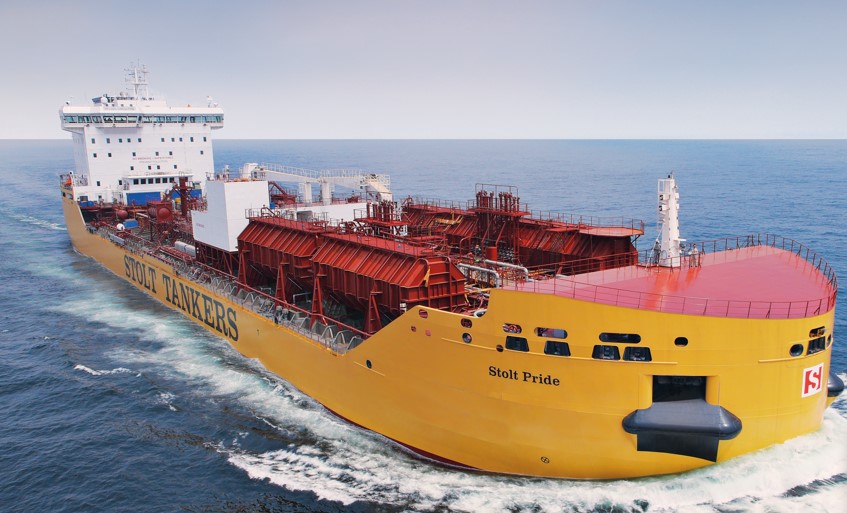