A dual-fuel engine can use both oil and LNG as fuel, switching between the modes. CX40DF utilises liquefied natural gas (LNG) as its main fuel. Compared with diesel engines, carbon emissions are reduced by more than 20 per cent.

The model, which took five years from design to delivery, is developed in accordance with international standards.

It is reportedly more economically efficient with higher thermal efficiency, which can effectively reduce fuel consumption.

CX40DF’s electronic control system, turbocharger, oil mist detector and other core components were independently produced for the first time, with 80 per cent of its parts made in China.

The successful delivery of the model marks a step forward for China in building up its independent development capabilities in the marine power industrial chain.

The first engine will be installed on a 9,500 cubic metres multi-purpose gas carrier built for Tianjin Southwest Shipping.

The model is reported to have a wide range of applications and is able to provide green power for 10,000 to 30,000 tonnes vessels. 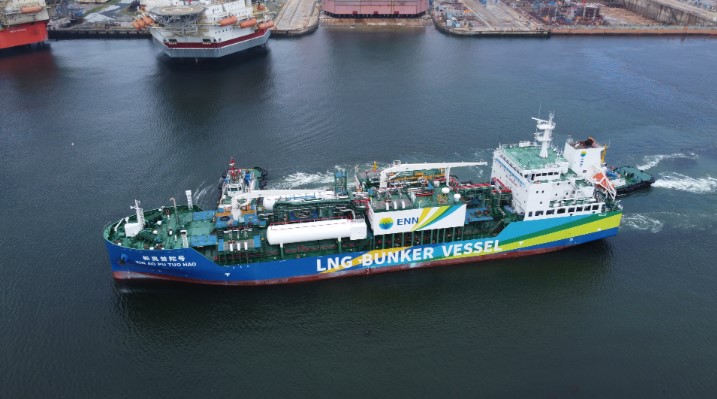