Leading shipyard DCD MARINE was recently awarded the contract to upgrade and repair the Saipem-owned semi-submersible rig, Scarabeo 3. The project, being undertaken at the upgraded A-Berth facility, is a perfect example of DCD MARINE’s capacity and capabilities in the offshore oil and gas rig sector.

The Scarabeo 3, a second-generation drilling rig, manufactured in 1975 in Germany, the rig was designed and engineered for drilling in the extreme marine conditions found in the North Sea. The bridge, containing the actual drilling rig, is triangular and rests on three columns, which are in turn each mounted on a hull. This design creates a superior level of stability and was considered extremely futuristic at the time. As testimony to the robust construction of the Scarabeo 3, some of the original pulleys only needed replacement in 2001.

“After 37 years of active service, the Scarabeo 3 was in need of a comprehensive inspection and revamp,” says DCD MARINE General Manager, Gerry Klos. “All vessels are required to undergo a special survey every five years in order to comply with the necessary marine classification codes. This entails returning the vessel to within a maximum 5% variance from its original state.”

The scope of work for DCD MARINE includes the replacement of over 120 tons of steelwork for the deck plates and shell plating; the renewal of sea safety walkways on all three columns and the installation of four new lifeboats and davits. “DCD MARINE is also responsible for the replacement of over two kilometres of pipework on board. This includes the pipes on the sanitary discharge lines below the main deck, the seawater pipes in the engine rooms and the three mud pit rooms, the diverter line piping, and a complete upgrade of the anti-pollution and drainage system. Cleaning of void spaces and blasting and corrosion coating will also be done in various areas onboard the rig,” explains Ravells.

In addition, DCD MARINE was appointed to manufacture a new laundry/ change room in its workshop comprising 45 tons of steelwork. Upon completion of fabrication, the structure will be transported to the A-Berth facility using a floating crane.

Ravells explains that once the structure arrives at A-Berth it will be ballasted by filling it up to one-third of its volume with water. “With the use of mooring lines, the team will then float the structure under the port side of the rig’s bracing. Buoyancy bags will be attached to the structure to ensure that it cannot turn on its side or become completely submerged. Once the structure is in place under the centre of the rig’s underside, de-ballasting will take place and 6 air hoists of 10 tons each will draw it into place, 30 metres from the water line.

“This is a complex operation which entailed careful planning prior to the commencement of fabrication. Safety is a top priority for DCD MARINE and its subcontractors. The collaborative participation by a team of divers and DCD MARINE’s specialised rigging crews will ensure the success of this mission,” adds Ravells.

Other challenges on the Scarabeo 3 project include the staging of the main deck area, and the heavy winds and rain. “The staging is a 4 000 m2 area underneath the deck of the rig floor which will allow access to the pipework. SGB-Cape’s rope access division will provide a sub-staging team of between 150 and 180 people for the first 35 days and the last 35 days of the project to undertake this work,” says Ravells.

Quality control on a project of this magnitude and complexity is extremely important. “A comprehensive inspection of the hulls will be conducted. This entails cleaning the growth off the hulls and inspecting the plating and weld seams in these areas. This will be achieved using a team of divers from Subtech, who will digitally record the inspection. Collaborative participation will be provided by a quayside surveyor, who will follow their movements on a monitor. The resultant footage will be presented to Saipem,” says Ravells.

DCD MARINE will have a staff complement of between 400 and 500 people on site and in its workshops for the duration of the project. “In addition, we will utilise the services of a number of specialised sub-contractors, including the Toprope access team. They will clean specific, hard-to-reach areas, using rope access. They will inspect the areas, record defects photographically and present reports to Saipem. A team of 90 firemen are also on call at A-Berth to ensure that any possible fire hazards are eliminated,” says Ravells.

“The Scarabeo 3 project affords DCD MARINE and the Port of Cape Town an opportunity to showcase our capabilities in terms of executing a project of this magnitude and complexity. We have gained a lot of experience in this industry over the years and are constantly enhancing our skills and knowledge base in order to provide a comprehensive service offering to the oil and gas sector,” Klos concludes. 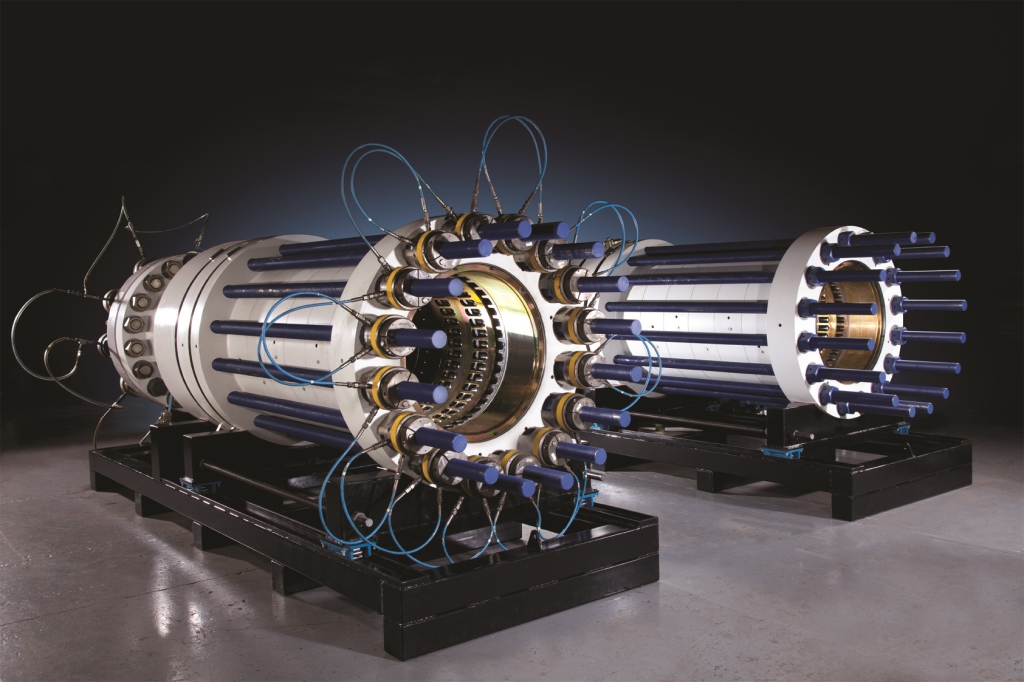