The DOF Group has secured another contract award in Brazil for Libra Consortium, supporting Petrobras’ operation activities on the Brazilian continental shelf.

Skandi Salvador is the vessel that will operate two WROVs for 24 hours providing inspection, maintenance and subsea commissioning services in water depths of up to 2,500 metres, including shallow dive services with Oceânica.

The Brazilian-built Skandi Salvador was already on a contract with Petrobras in July 2018.

The firm contract lasted for 650 days and, by mutual agreement, could get extensions for an additional 650 days.

Since June 2020, the DOF Group has won contracts in Brazil worth $250 million.

“I am very pleased over being awarded this long-term contract with Petrobras. The award further strengthens DOF’s position in the IMR market in Brazil.”

Libra Consortium is led by Petrobras – with a 40 per cent interest – in partnership with Shell Brasil (20 per cent); Total (20 per cent), CNODC (10 per cent) and CNOOC Limited (10 per cent). The Consortium also has the participation of the state-owned company Pré-Sal Petróleo SA (PPSA) as manager of the Production Sharing Agreement.

Mero field, locates in the northwestern area of the Libra block. It is about 180 kilometres off the coast of Rio de Janeiro, in the pre-salt of the Santos basin. 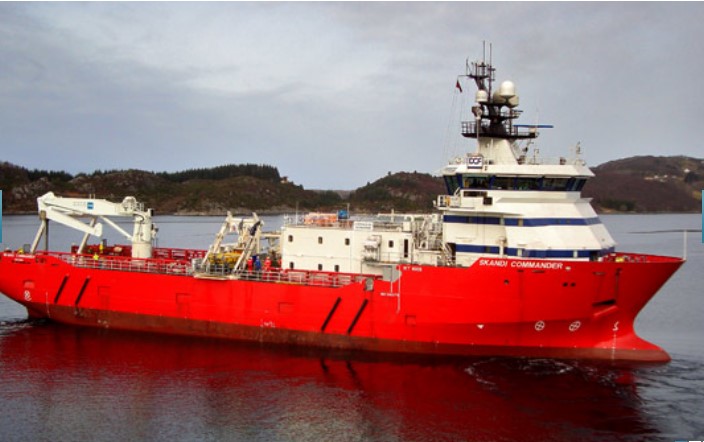 DOF trio stays with Petrobras
Posted: about 1 month ago
Series of contracts to keep DOF fleet busy for over 680 vessel days
Posted: 3 days ago
DOF Subsea and Petrobras continue working together
Posted: 3 months ago