The HARVEY DEEP SEA is an ABS A1, AMS,  ACCU, Circle E, Enviro +, Green Passport (GP), NBLES, CRC, HELIDK Offshore Support Vessel and certified under SOLAS. ABS class includes the ABS DPS‐2 notation and FIFI 2. It is AC Diesel‐Electric powered with twin Schottel Z‐drives and it measures 302’ X 64’ X 24’‐6”. This Multi‐Purpose Construction Vessel (LCV), the HARVEY DEEP‐SEA, will be equipped with an active heave‐compensated, National Oilwell Varco 165‐ton knuckle boom crane capable of lifting/setting 100 tons at depths up to 10,000 ft. The HARVEY DEEP‐SEA is scheduled for final outfitting and delivery in the summer of 2013. This vessel will fill a niche in a very selective market.

“These vessels exceed current environmental requirements and follow strict company policies, thus helping to further reduce air and water pollution. The vessels were also constructed with environmentally friendly materials that can be completely recycled or broken down without harm to the environment where possible” commented Bruce Buls, Workboat Magazine’s technical editor and one of the award judges.

Founded in 1955, Harvey Gulf International Marine is a marine transportation company that specializes in towing drilling rigs and providing offshore supply and multi‐purpose support vessels for deepwater operations in the U.S. Gulf of Mexico.

Tens of thousands of man‐hours of labor were required to complete this stage of construction. At Wednesday’s launch hundreds of Bay County residents, workers, and their families gathered around to watch the christening and launch at Eastern’s Allanton Facility.

Brian R. D’Isernia, the President/CEO of Eastern Shipbuilding Group, said Eastern has built over 300 ships using local workers and that has had an important economic impact on the local area.

“The construction of this vessel involved hiring citizens from Panama City, Bay County and Northwest Florida. America can do it. We’re doing it, and in doing so, we’re providing jobs for ourselves, members of our communities, and their families,” said D’Isernia.

On December 10, 2012 Eastern Shipbuilding Group was awarded the Governor’s Top Job Producer Award presented to Brian R. D’Isernia by Florida’s Governor Rick Scott. This award is given annually to the top job producers that are dedicated to Florida’s economic development and job creation efforts.

Eastern Shipbuilding Group is currently under contract to build fifteen (15) large Diesel Electric Offshore Supply Vessels of its “Tiger Shark” series for customers in the United States and in Brazil. These new contracts will maintain Eastern’s role as one of the largest manufacturers of OSV’s in the United States. In anticipation of upcoming manpower requirements the company has expanded its training programs. Eastern currently has over 1300 employees, and expects to have more than 300 new employees in all shipbuilding trades to fulfill future additional contracts. 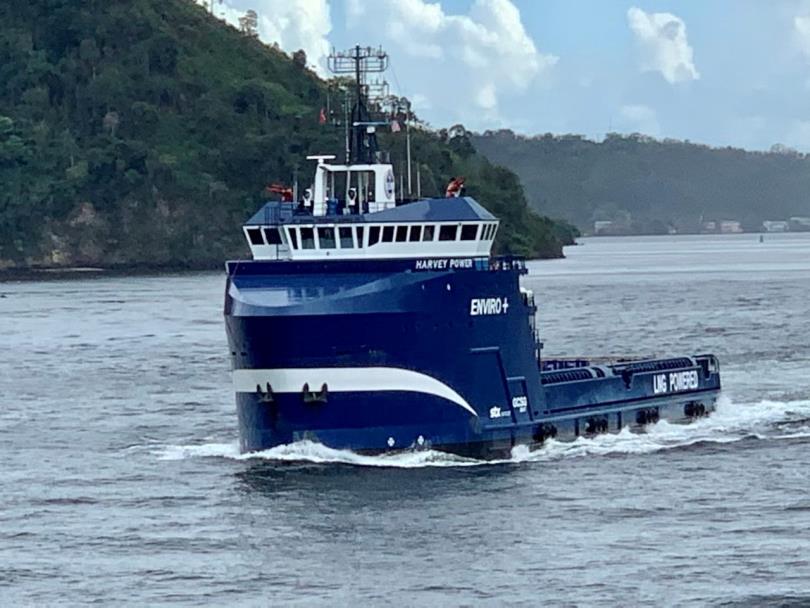