Ecoshield Rudder and Gear Protection for a Wide Range of Vessels

Over the last two months the rudders of several types of vessels were given an Ecoshield protective coating at yards in China, the US, Poland and the UK.

Among them were three container vessels, an oil tanker, a tug boat and a vehicle carrier.

Most of these ships belong to different owners, but they all experienced the same problems. Cavitation corrosion damage had appeared on the rudders of their ships. Often a rudder is not given the proper protection against cavitation and the resulting erosion and corrosion damage. In those cases the financial consequences can be extensive for the owner.

Tests in a flow channel, carried out in Grenoble, have confirmed that Ecoshield performs extremely well under severe cavitation. The coating will prevent corrosion damage from reoccurring on an existing ship or can protect the rudder(s) of a newbuild vessel against cavitation and corrosion damage from the very start for the life of the vessel. It is the only known coating that can provide this type of full protection. 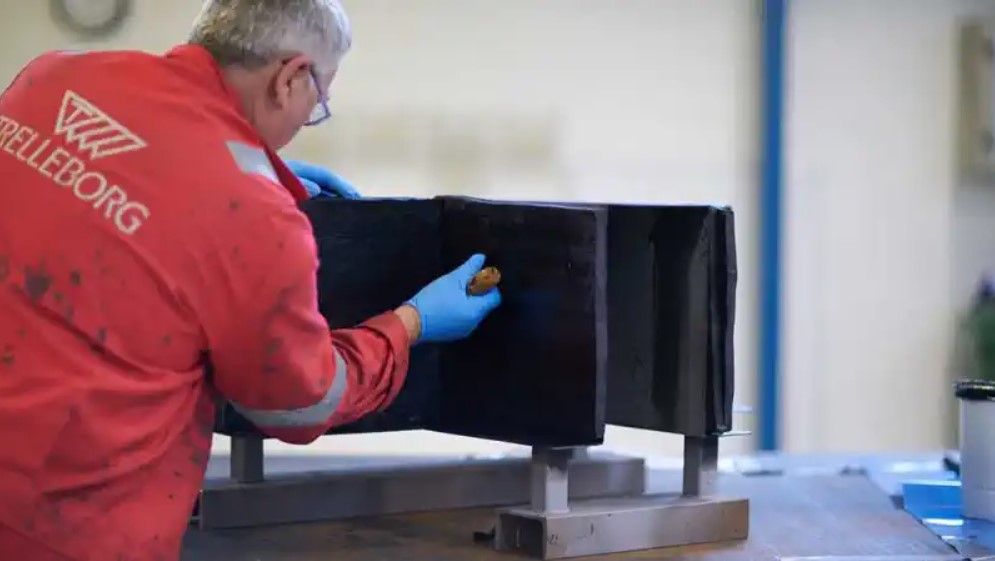