Ezra Holdings Limited, a contractor and provider of integrated offshore solutions to the oil and gas industry, maintained its operational progress, led by the Group’s Subsea Services division, EMAS AMC.

EMAS AMC continues to be the key driver to the revenue growth of the Group, posting an increase in revenue of US$118.7 million in 1H14 and US$59.3million in 2Q14. This increase in revenue was driven by the increased fleet capacity following the delivery of two subsea pipelay construction vessels, Lewek Express and Lewek Centurion, in the fourth quarter of financial year ended 31 August 2013 and the increase in value and number of projects undertaken in the period.

The Group’s revenue increase was partially offset by a decrease of US$7.0 million for 1H14 and US$6.2 million for 2Q14, from the Offshore Support Services division, EMAS Marine. Gross profit margin for the division was also weaker. This was due to the increase in operating costs, which was a result of higher than expected maintenance costs. In addition, the AHT segment saw weaker utilisation during the quarter. The decrease was partially offset by the revenue contributions from two Platform Supply Vessels delivered post-2Q13, Lewek Avior and Lewek Alkaid.

Ezra also announced that a new senior management team has been put in place for EMAS Marine. Bennett Neo and Mike Wallace joined the division in the beginning of 2014 as EMAS Marine Chief Executive Officer and Chief Operating Officer respectively. Neo brings with him 20 years of corporate experience with a large portion of it in the oil and gas industry. Wallace has more than 30 years of operational and business development experience in the offshore support industry, spearheading strategic initiatives in companies like Hornbeck Offshore, Tidewater and Trico Marine.

TRIYARDS, the Group’s Marine Services division, maintained its momentum in the period with an increase of US$2.7 million in revenue in 1H14 compared to the corresponding period of 1H13, due to a higher level of operational engineering and fabrication activities. Revenue from the Marine Services division for 2Q14 remains comparable to 2Q13.

Lionel Lee, Ezra’s Group CEO and Managing Director, said: “The performance of EMAS Marine was a disappointment this quarter but I am pleased that the Group as a whole still turned in a credible performance. This is in no small part due to our Subsea Services division producing three successive quarters of operational profitability. I am also quietly confident about the prospects for EMAS Marine with a new management team in place. They will be highly focused on implementing a robust maintenance programme to bring down operating costs.

“EMAS AMC has steadily improved the average utilisation of the subsea fleet in 1H14 year-on-year, strategically deploying our enlarged fleet of modern subsea vessels globally to maintain vessel uptime through the winter period. I am very excited about our ability to deploy Lewek Express and Lewek Centurion on quality projects. This validates our strategy to augment our leading engineering capabilities with a modern fleet of project enabling subsea construction vessels.”

Lewek Constellation, Ezra’s flagship subsea construction vessel, is currently in China for the installation of its 3,000 MT Huisman crane and will head to West Africa for her first project in the next quarter. The full delivery of the vessel is on track for 2015 and is expected to lift Ezra’s subsea capabilities to the next level.

“We expect to see further earnings growth in 2014 and an increase in our profitability as we leverage economies of scale. We look forward to realising the full financial contribution of Lewek Express and Lewek Centurion. Lewek Constellation is a game-changing vessel and we believe this vessel will further drive growth and profitability in the future,” Lee added.

“Let me also take this opportunity to welcome Mr Bennett Neo and Mr Mike Wallace into the EMAS family. With Bennett’s corporate experience and Mike’s operational and technical expertise, I am confident of seeing better days ahead for the division.”

The Group’s orderbook remains healthy with more than US$2.0 billion of contracts, a majority of which is expected to be executed over the next 12 to 18 months. 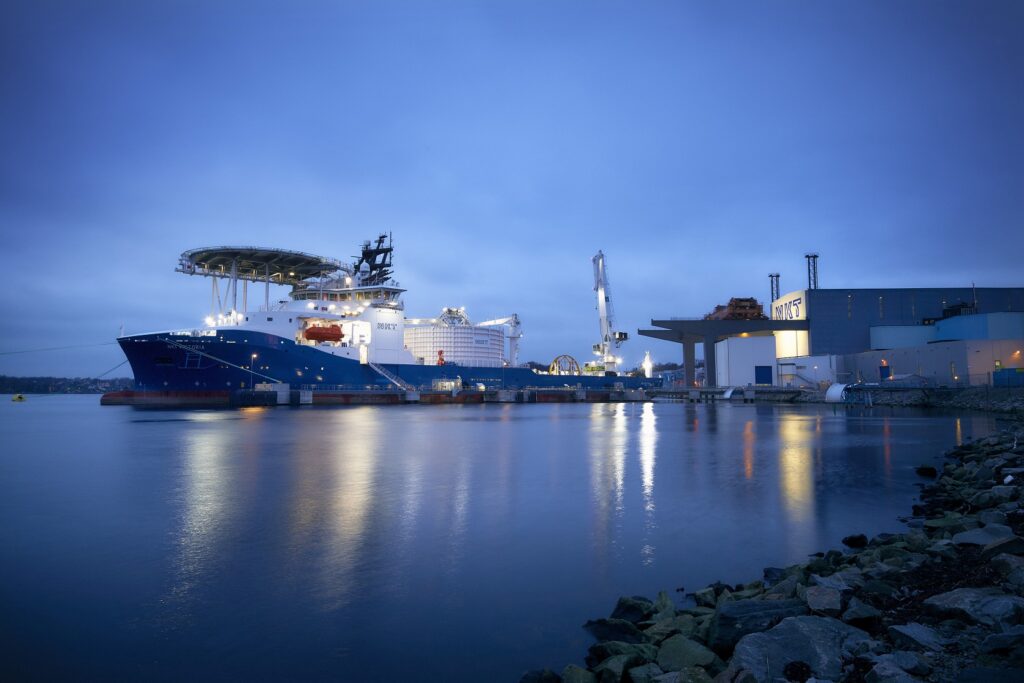