Back to overview
Home Green marine Evergreen to splash up to $2.6 billion on 20 boxships

Evergreen to splash up to $2.6 billion on 20 boxships

The announcement made yesterday confirms broker rumours from February this year.

When the company was approached for a comment by our editorial staff at the time, Evergreen issued the following statement:

“Evergreen continually studies various types of vessels and will place order or charter most suitable vessels depending on market requirement. Evergreen is continuing with fleet renewal program for the purpose of optimizing service quality and competitiveness.”

The Taiwanese shipowner plans to assign between $115 and $130 million per vessel, pushing the total value of the deal up to $2.6 billion.

According to Lars Jensen, CEO and Partner of Sea Intelligence Consulting, Evergreen’s orderbook now accounts for some 750,000 TEU and more than 50% of their current fleet.

The company has ten 24,000 TEU A-type containerships on order, with four estimated for delivery in 2021 and the remainder in 2022. China’s Jiangnan Shipyard and Hudong Zhonghua are building two each & there are six on order from  South Korea’s Samsung Heavy Industries.  The vessels will be a mix of Evergreen owned and chartered in.

As reported earlier, talks have been launched with an unnamed counterparty to sell and leaseback two 24,000 TEU containerships.

In addition, Evergreen has a total of twenty 12,000 TEU F-type vessels either delivered or under construction. Eight of these will be owned and 12 chartered. Seven vessels from the series have already been delivered, and are in service, while the remainder is set to be delivered in 2021. 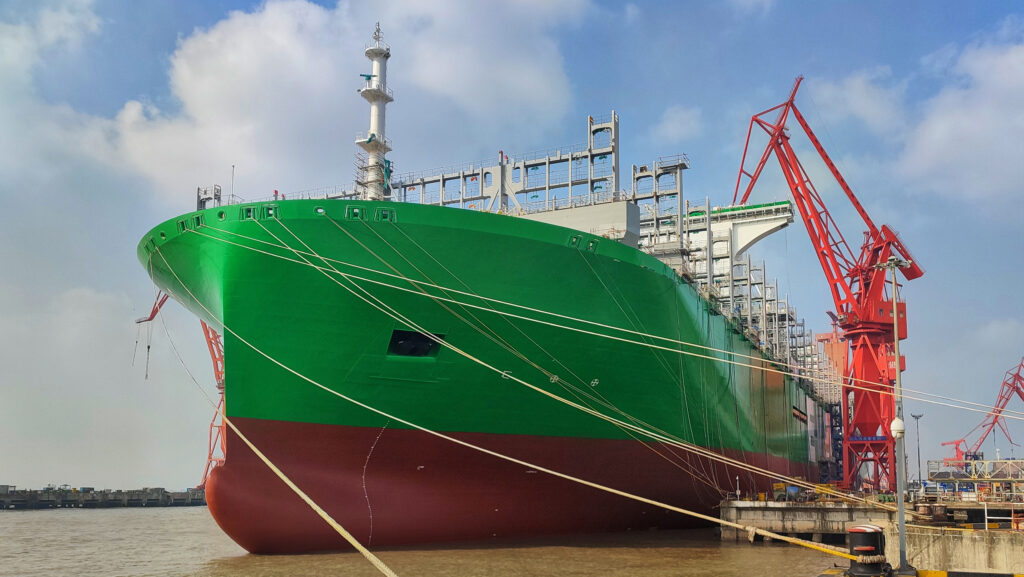