Felicity Ace sinks after being on fire for days

Felicity Ace, the 6,400 CEU car carrier which caught fire on 16 February while crossing the Atlantic Ocean lost stability and sank yesterday, 1 March, after attempts to be towed to safety.

According to the update, the vessel had sunk at around 9 AM local time having suffered a list to starboard. The last vessel position was around 220 nautical miles off the Azores.

The salvage crafts will remain around the area to monitor the situation, MOL Ship Management (Singapore) informed. 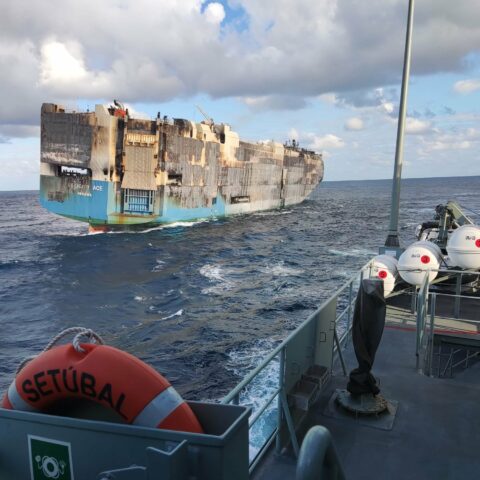 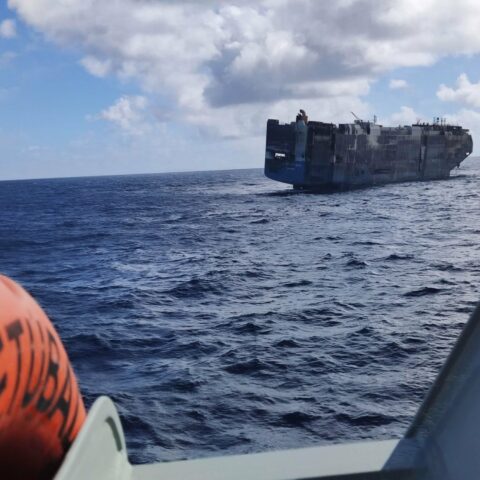 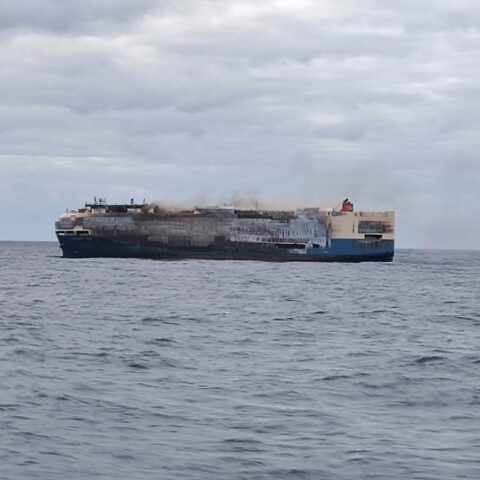 The Portuguese Navy stated that some debris and a small stain of oily waste are recorded on the site, which is being dispersed by the water jets of the trailers and which is being monitored by the Department of Pollution of the National Maritime Authority and by European Maritime Security Agency (EMSA).

The cause of the fire on Felicity Ace, which was carrying around 4,000 vehicles of the VW, Porsche, Audi, and Lamborghini brands, remains unknown.

The analysis from the risk modelling company Russell showed that the total dollar value of goods on the ship is estimated to be $438 million. 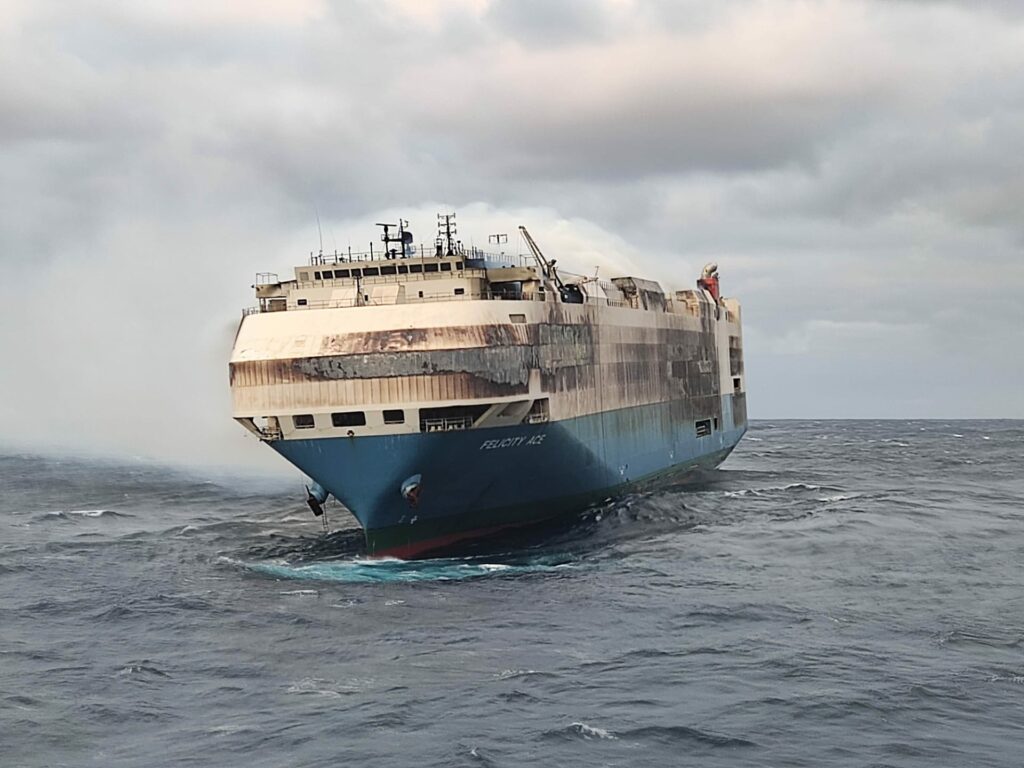