The first sheet of steel belonged to module H23 from section 71, the future living quarters for the ship’s crew in the deckhouse.

Ordered in September last year, the newbuild will be powered by liquefied natural gas (LNG), featuring two dual-fuel m ain engines and three auxiliary engines. It is scheduled for delivery to SeaRoad in the fourth quarter of 2023.

Additionally, it will have 3,722 lane metres available for the carriage of trailers / freight units, plus capacity for 101 cars (= 4,227 lane metres in total). A special requirement for the vessel is the capability to transport heavy cargo with a unit weight of up to 100 tonnes.

The order is worth more than €100 million ($107.3 million). The funding partner for the project is the Commonwealth Bank of Australia.

The new RoRo vessel will operate on Bass Strait between Devonport, on the island of Tasmania, and Melbourne, Victoria on mainland Australia.

Earlier this month, MacGregor, part of Cargotec, was selected to supply RoRo equipment for the newbuild.

The scope of supply includes the design, fabrication, and installation of a large stern ramp and ramp cover. These have a capacity for heavy cargo with a unit weight of up to 100 tonnes. 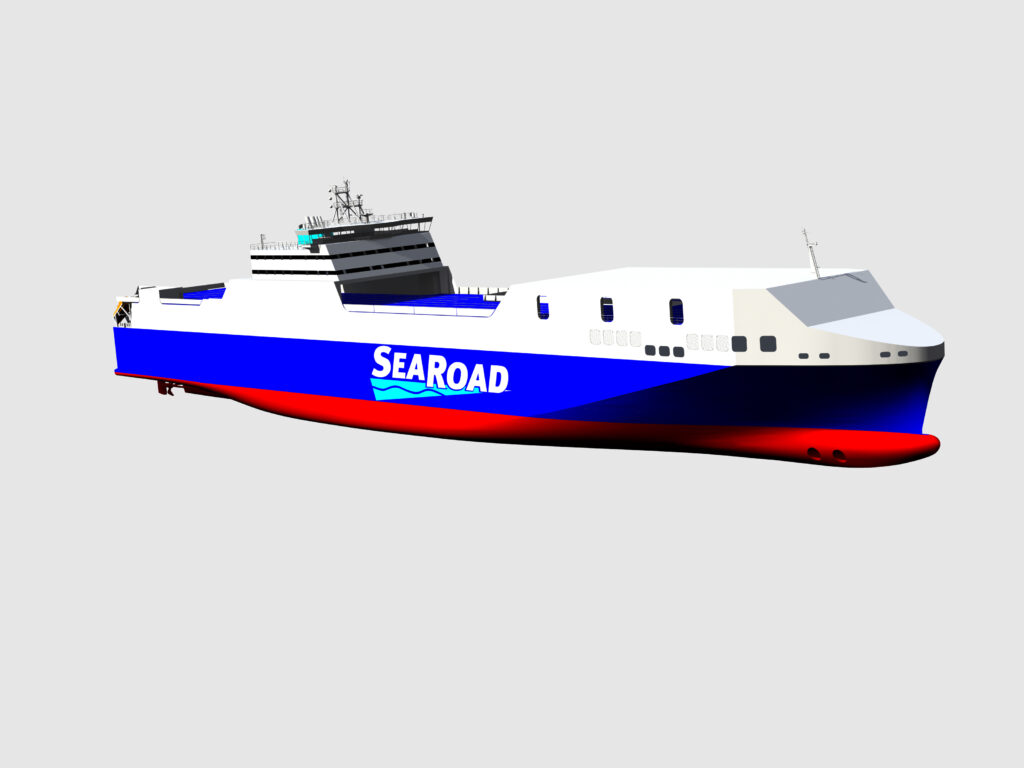