Fugro gets to work on East Anglia Hub

Fugro has secured a contract with ScottishPower Renewables to carry out UXO geophysical surveys within the East Anglia Hub offshore wind area in the southern North Sea.

The start of the activities is 20 July, with all operations expected to be concluded by 31 October at the site offshore Lowestoft that covers an area of approximately 5,900 km2.

Fugro will be operating in the EA3 inter-array and EA3 export cable corridor.

Survey vessels Mainport Geo, Fugro Mercator and Valkyrie are in charge of carrying out the operations.

Mainport Geo began the work on 15 July and will take three months, Valkyrie came to the site on 5 August and is staying for four weeks, while Fugro Mercator is set to begin work today, 8 August, for approximately two months.

The 1.4 GW East Anglia Three is located approximately 70 kilometers from shore in the southern North Sea.

In February 2021, ScottishPower Renewables selected Siemens Gamesa as the preferred bidder to supply and install 14+ MW turbines on East Anglia Hub, which will comprise more than 200 units. 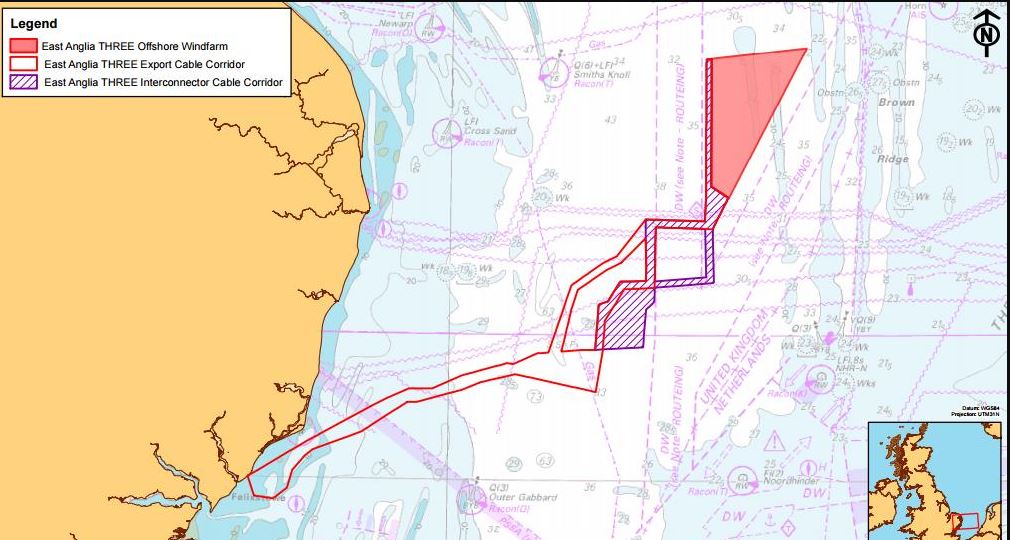