GEOxyz about to kick off surveys for Jersey Oil and Gas

GEOxyz Offshore is set to kick off a series of surveys in the Greater Buchan Area to Sandford Bay in the UK on behalf of Jersey Oil and Gas.

The company’s Geo Ocean III will commence an Environmental Baseline Survey (EBS) of a proposed subsea cable route between Buchan Fixed Facilities and Sandford Bay between 27 June and 3 July, which will take up to six days.

The EBS will begin at the location of the proposed Buchan Fixed Facilities, some 111 km from Peterhead, and terminate approximately 1 km offshore in Sandford Bay, close to the SSE Peterhead Power Station.

Geo Ocean III will then continue to carry out a subsequent geophysical survey from the Buchan location to the Forties Pipeline.

On 9 July, GeoSurveyor X will begin the geophysical and EBS survey of the nearshore section of a proposed subsea cable route between Buchan Fixed Facilities and Sandford Bay.

Two potential cable route options are being surveyed, which respectively terminate at landfalls to the south and north of the Powerstation.

GEOxyz plans to begin the geophysical survey at the location between 15 and 21 July and the geotechnical survey between 9 and 21 August, both scheduled to take up to 16 days, weather dependant.

In early March, Jersey Oil & Gas revealed its preferred development concept for the project, shortly after which the company launched the farm-out process of the Greater Buchan Area and started talks to raise funds to progress the work. 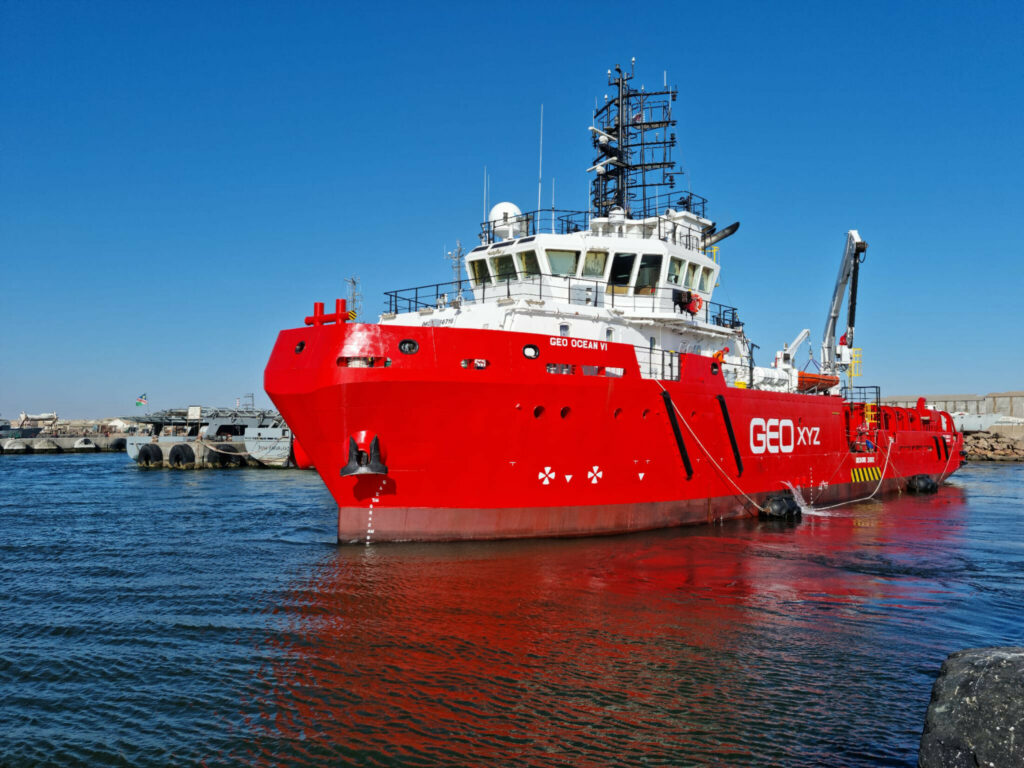