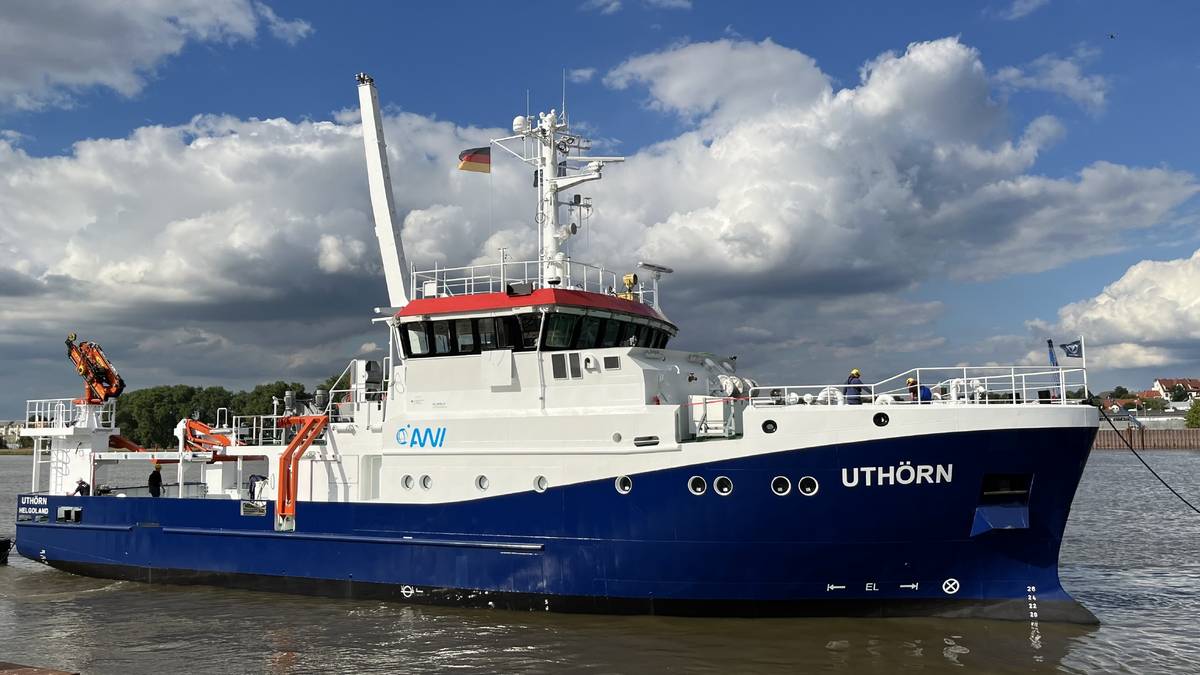 As informed, the vessel, measuring 35 meters in length, will be the first seagoing German ship powered by environmentally friendly, low-emission methanol.

In addition to a large working deck with dry and wet laboratories, Uthörn features two derrick booms for trawling nets and water samplers, a multi-frequency echosounder for detecting and identifying schools of fish, and an anti-roll tank, which can stabilise the ship on choppy seas.

The new vessel will operate in the North Sea, focusing on the area around the Alfred Wegener Institute’s island station in Helgoland.

“The new Uthörn sets standards as the first German seagoing vessel with methanol propulsion. The Alfred Wegener Institute and the Fassmer company have succeeded in building a sustainable, low-emission and innovative research vessel on which we can only congratulate them,” Bettina Stark-Watzinger, from Federal Minister of Education and Research commented.

“As a central pillar of coastal research at the AWI, the Uthörn regularly monitors the physical, chemical and biological status of the North Sea in the German Bight and near Helgoland. By doing so, the ship provides us with valuable and critical long-term data, allowing us to better gauge climate change and its impacts on the marine environment,” Karen Wiltshire, Head of Coastal Research at the Alfred Wegener Institute added.

Together with Bremerhaven-based partners from research and industry, the Alfred Wegener Institute, Helmholtz Centre for Polar and Marine Research (AWI) has readied a proposal for a synthetic methanol production facility in Bremerhaven, which could be approved by the end of the year.

In a pilot project, renewable electricity from a wind turbine would be used to split water into hydrogen and oxygen via electrolysis.

In the next step, this “green” hydrogen and CO2 from a nearby sewage treatment plant could be used to synthesise “green” methanol, which, when burnt, only releases the amount of CO2 that was captured during its production.

The key benefits of methanol include its density, which doesn’t affect the load capacity of ships, the fact that it is relatively safe to bunker, and that it has an attractive price. It is believed that methanol can reduce sulfur oxides by 99%, nitrogen oxides by 80%, and carbon emissions by 25% compared to conventional fuel.

“Today’s christening represents a milestone on the road to sustainable infrastructure for marine research. The Uthörn will not only support important research into the status quo of our coastal waters; I’m also proud to say that, with the new cutter, we at the AWI are assuming a pioneering role in replacing the use of fossil fuels in shipping,”  Antje Boetius, Director of the Alfred Wegener Institute.

Boetius also noted that “if the project for constructing a prototype green methanol plant in Bremerhaven can commence in December as we hope, we will soon be able to produce this sustainable fuel right at our doorstep.” 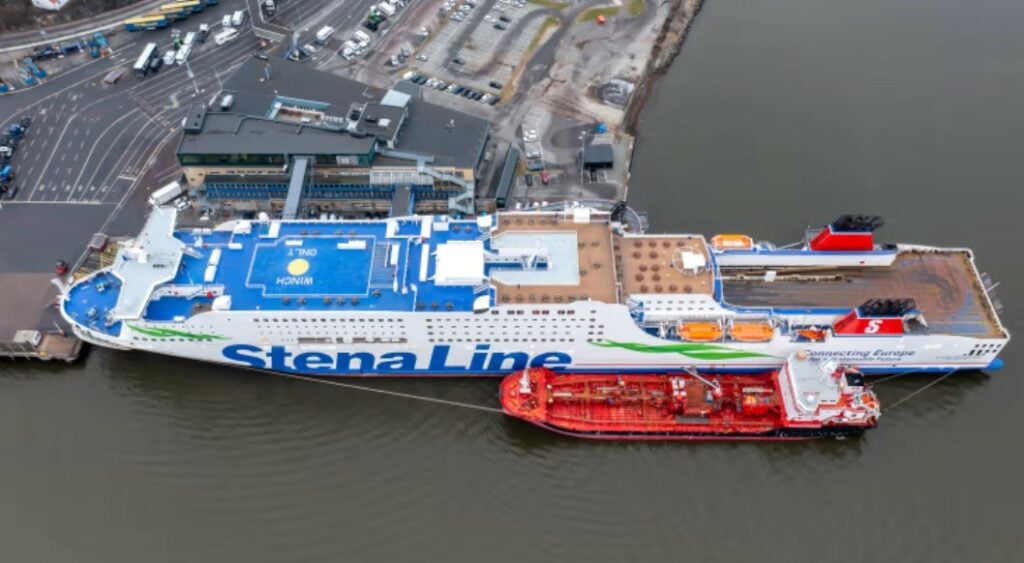 World’s 1st methanol-fueled ferry in first STS bunkering op
Posted: 9 days ago
Premium
A year in review for methanol as marine fuel: 82 ships by 2028
Posted: about 1 month ago
World’s first: Port of Antwerp-Bruges 1st methanol tug gets fitted with engines
Posted: 2 months ago