The captain and crew members of the crude oil tanker MT Badr were forced to disembark their ship on December 21, while at Burgas anchorage, Bulgaria, by a group of armed men, claiming to be members of the Bulgarian border police, the General National Maritime Transport Company of Libya (GNMTC), owner of the vessel, said.

The company informed that the armed men boarded the Libyan-flagged vessel on Friday afternoon and ordered the crew to leave the ship “at gunpoint, under the threat of violence.”

GNMTC added that the men provided no legal documentation or court order to support their action.

“The vessel’s communication/AIS system were then immediately cut, meaning that neither the vessel’s owners not any legitimate authority can now contact or track the whereabouts of the ship,” the company added.

GNMTC confirmed to World Maritime News that once their crew members vacated the vessel a replacement crew was deployed to the ship, which was seized by Bulgarian authorities. The tanker remains in the anchorage, in the same position.

The company’s seafarers have since arrived to their homes, GNMTC added.

The ship has been detained by the Port Authority of Burgas since November 2017 over an alleged unpaid mortgage to Bulgarian-based oil and gas contractor Bulgargeomin. The company denies the claims that it owes a USD 9.23 million mortgage on the crude oil carrier and has provided evidence the mortgage was falsified.

In January 2018, the Bulgarian Supreme Court ordered the vessel’s release, however, the vessel remained in detention ever since.

“This is not only a criminal act, but also a flagrant violation of all international laws,” the company said commenting on the recent developments.

“We (…) remain in constant contact with all relevant bodies and maritime organizations-both in Bulgaria and internationally – seeking immediate halt to this corruption and criminal activity.” 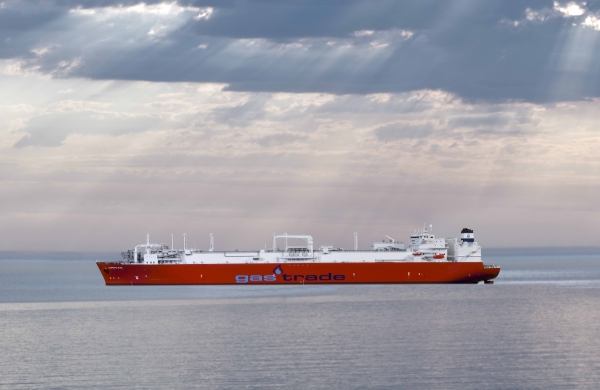