The Gulf Research Program of the National Academies of Sciences, Engineering, and Medicine has announced a new collaboration with Shell and others to provide $1 million in funding support for a pilot effort to convert an existing ocean mooring owned by Shell into the first long-term deep ocean observatory in the Gulf of Mexico.

Known as the Stones Metocean Observatory Project, this collaboration will provide a new means to collect important marine data to support scientific research and improve understanding of the Gulf of Mexico.

The concept of utilizing existing oil and gas infrastructure to facilitate comprehensive ocean observation for broader scientific purposes has been discussed by researchers for many years. The Stones Metocean Observatory Project aims to pilot one of the first efforts to do so. The ultimate goal is for the project to serve as a model that other offshore oil and gas operators can follow to make their infrastructure available to help create a network of similar ocean observatories throughout the Gulf of Mexico and beyond.

The human and environmental systems in the regions both adjacent to and beyond the Gulf of Mexico are deeply interconnected with it. Oceanic processes in the Gulf affect storm and hurricane trajectory and intensity, movement and abundance of marine life, and water quality, among other things, and have major social and economic implications for the communities and industries dependent on the Gulf. However, significant knowledge gaps pertaining to many of these processes limit people’s abilities to predict, plan for, and respond to their impacts.

“Long-term data on the various physical, biological, and chemical processes underway in the Gulf of Mexico are actually quite limited, and many of these processes, such as the Loop Current, have far ranging impacts,” said Kelly Oskvig, program officer for the Gulf Research Program. “Of all of the gaps in our understanding of the Gulf, though, deep ocean processes are among the least understood because the deep ocean is so difficult and expensive to reach and study. This collaboration with Shell to make use of the Stones mooring to collect long-term deep ocean data is an exciting approach for utilizing existing infrastructure for broader purposes and an important step toward a much improved understanding of the Gulf of Mexico.”

The Stones metocean mooring is a component of Shell’s Stones Deep-Water Project, currently the deepest oil and gas development project in the world. Located in the Gulf of Mexico approximately 150 miles south of New Orleans, the mooring includes a line of cable anchoring a surface buoy to the ocean floor 9,500 feet below. The surface buoy collects real-time meteorological and surface ocean data. In addition, a small portion of the line below the surface buoy is presently used to hold instruments that provide real-time monitoring of ocean currents down to approximately 3,200 feet. The portions of the line that extend the rest of the way down to the seafloor are otherwise mostly unused, though, and present an opportunity to gather data on oceanic processes underway in much less understood zones of the Gulf at depths down to 9,500 feet.

Since Shell launched its Stones Deep-Water Project in 2016, it has been working to make the unused line space on its mooring available to scientists to deploy data collection instruments for research to improve understanding of the Gulf of Mexico. Current collaborators on the Stones Metocean Observatory Project include the University of Southern Mississippi, Texas A&M University, Fugro, and the National Oceanic and Atmospheric Administration.

These new instruments are part of long-term plans to convert the Stones metocean mooring into the first long-term deep ocean observatory in the Gulf of Mexico. Over time the aim is for collaborators from industry, government, and academia to add additional instrumentation to monitor and collect data on various other physical, biological, and chemical processes.

Several ocean moorings either currently exist or are planned throughout the Gulf of Mexico and elsewhere, as drilling operations continue to extend into deeper waters. Most, if not all, have unused space that could be utilized to hold instrumentation to support scientific research. One of the goals for the Stones Metocean Observatory Project is that it will become a model that other offshore oil and gas operators can replicate to help create a network of similar ocean observatories throughout the Gulf of Mexico and beyond. 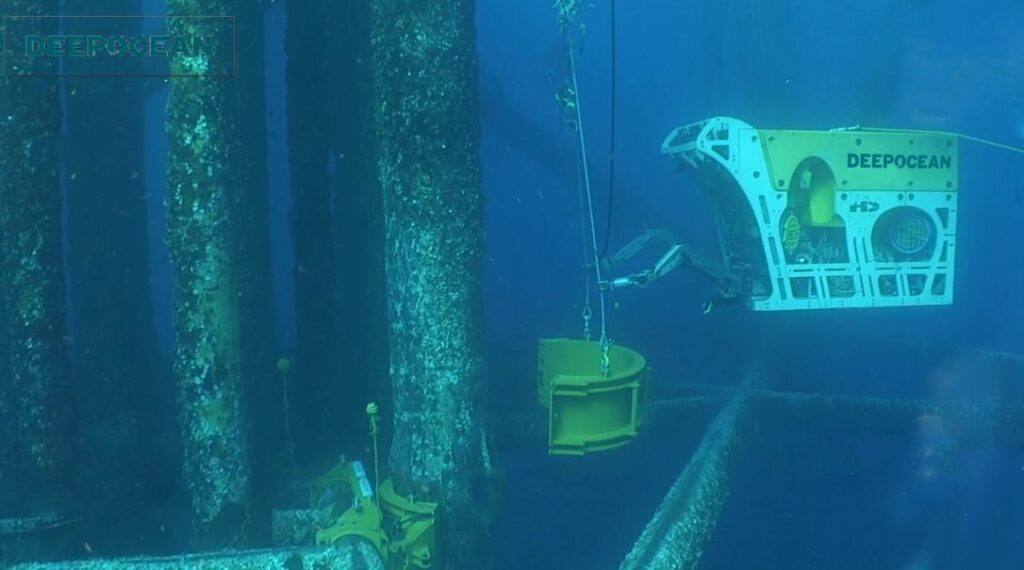