The delivery ceremony of Hagland Pioneer was held at Royal Bodewes’ shipyard in the Netherlands on 21 October.

Hagland initially signed a contract with the Dutch shipbuilder for two battery-hybrid bulker; however, the firm decided to purchase one additional 5,000 dwt bulk carrier in February this year.

The vessels are battery-hybrid general cargo carriers of 5,000 dwt, equipped with an electrical cargo handler.

Compared to the oldest vessels in Hagland’s existing fleet, the vessel is expected to reduce CO2 emissions by more than 40% and nitrogen oxide emissions by 90-95%, according to Hagland.

The other two vessels are scheduled to be delivered during 2023. All the ships will fly the NIS flag (Norwegian International Ship registry).

The total investment for this ship will be about NOK 150 million ($14.2 million), totaling about NOK 450 million ($42.7 million) for the series of newbuilds.

The newbuilding contracts have been entered into on the basis of substantial support from financial technology company ENOVA, which has been instrumental in the realization of the project.

“The investment in these newbuildings is a big step forward for the company and will make Hagland Shipping’s fleet the most environmentally friendly in our segment,” the company officials stated. 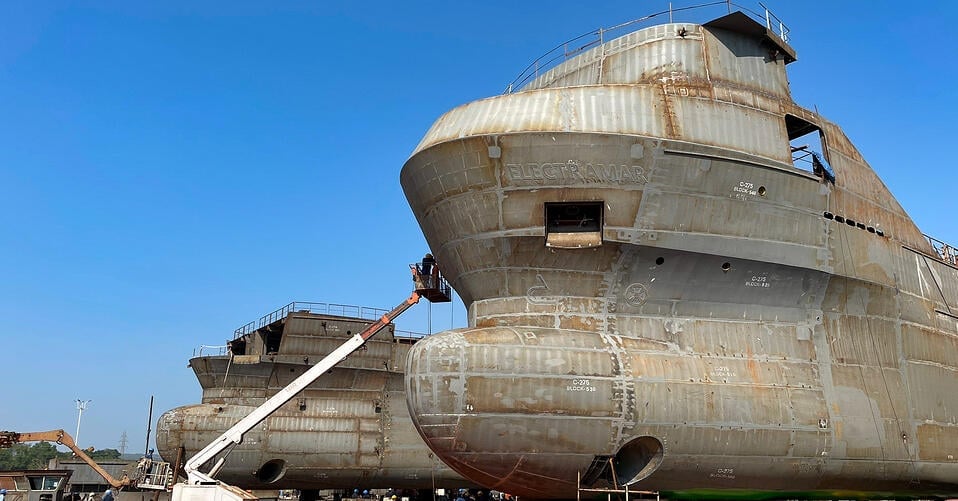