The Hamburg Green Hydrogen Hub project has been shortlisted by the German ministry of economics for funding under the EU’s Important Projects of Common European Interest (IPCEI) program.

The HH-WIN project by the Hamburg gas network, which is to provide the pipeline infrastructure for hydrogen transport in Hamburg, is included on the shortlist amongst 62 of initially around 200 individual projects that applied for funding under the IPCEI program.

The partnered companies are planning to jointly produce hydrogen from wind and solar power at the Hamburg-Moorburg power plant site and utilise it in its vicinity.

In addition to the construction of a scalable electrolyser with an initial output of 100 megawatts, the further development of the site into a Green Energy Hub is planned. Concepts for the necessary logistics chains and storage options for hydrogen will also be considered.

The project is subject to the final investment decision. Once the site has been cleared, the production of green hydrogen is anticipated in the course of 2025.

The energy location is viewed as having ideal conditions for further use. It is connected to both the national 380,000-volt transmission network and the 110,000-volt network of Hamburg. Overseas ships can call at the location directly and use the quay and port facilities as an import terminal.

Wärme Hamburg also intends to expand a hydrogen network in the port within ten years and is already working on the necessary distribution infrastructure.

Numerous potential customers for green hydrogen are located near the site, thus enabling the project to cover the entire hydrogen value chain – from generation to storage, transport, and utilisation in various sectors.

The Moorburg location is optimal for the German federal state of the Free and Hanseatic City of Hamburg and Northern Germany and can become a potential starting point for the development of a hydrogen economy.

The next step is “matchmaking” at the EU level, which aims to bring together projects with a similar focus in the various EU Member States. 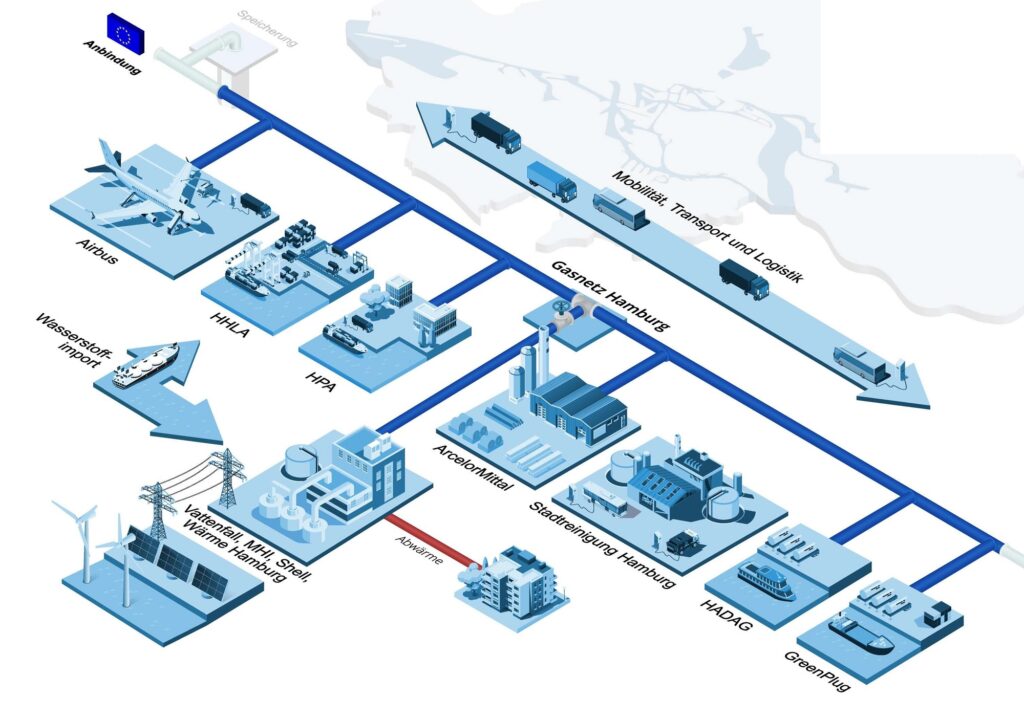