According to Harvey Gulf’s update from Thursday, this makes Harvey Power the second tri-fueled vessel in America. The first one was the Harvey Energy PSV, which was retrofitted with a Wartsila battery-power system in September 2020. The PSV was already a dual-fuel vessel capable of fully operating on LNG or diesel.

The Harvey Power will be primarily operated utilising only LNG and battery power. Harvey Gulf has three additional PSVs being retrofitted with batteries to make them tri-fueled, yielding a fleet of five such vessels. Conversion for the final three vessels to tri-fuel status is expected to be completed by the end of March 2022.

As explained by Harvey Gulf, the company will now be able to compare that data from emissions using diesel as a single source and show the emissions savings that these vessels provide and the corresponding reduction of their respective carbon footprints. The company also plans to install such monitoring systems on all five of its tri-fueled vessels.

Earlier this year, Harvey Gulf also completed the conversion of the Harvey Champion PSV to a dual-fuel status. The conversion was completed in February, enabling the vessel to run on both battery power and diesel. 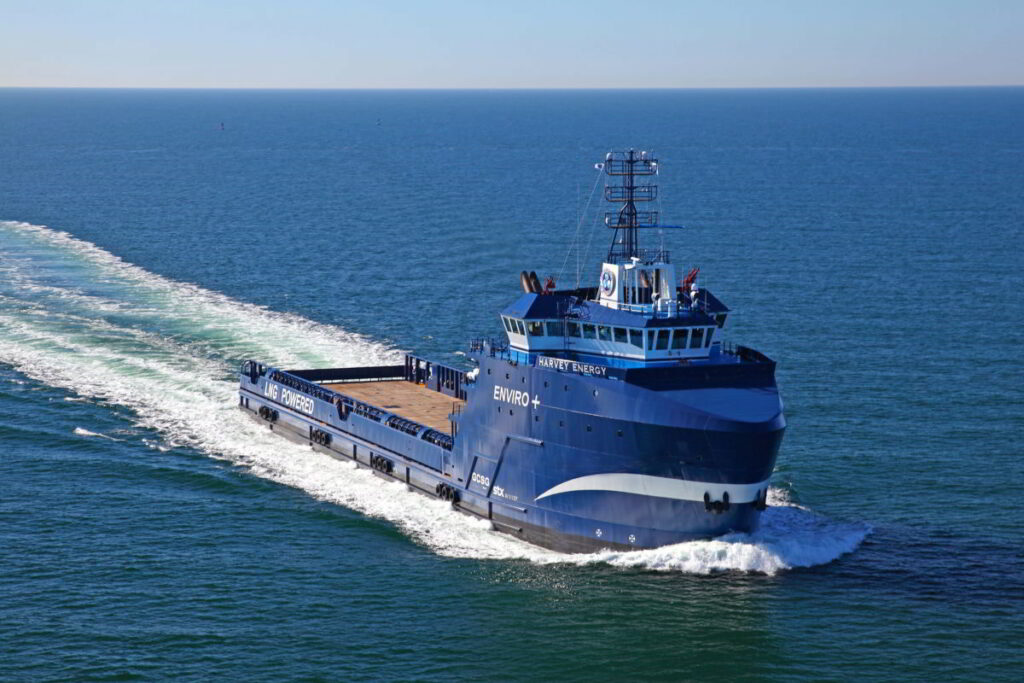