Subsea World News has put together a recap of the most interesting articles from the previous week (October 16 – October 22).

Solstad Farstad has agreed to sell its 50% of the shares in the 50/50 owned joint venture company Normand Oceanic AS to Subsea 7.

Normand Oceanic is the vessel owning entity for the flex-lay and heavy construction vessel “Normand Oceanic” which is being managed by Solstad Farstand while under long-term charter to a third party. The vessel is employed under a long term contract for operations in Mexico, and SOFF will remain ship manager for the vessel at least until end of this contract.

LLOG Exploration Offshore has reported an oil release from subsea infrastructure in 4,463 feet of water in the Gulf of Mexico approximately 40 miles southeast of Venice, La.

The company reported to Bureau of Safety and Environmental Enforcement (BSEE) on Friday that production from the field that flows through the subsea infrastructure is shut-in and the release of oil has ceased. Three light sheens were observed in the vicinity and reported through the National Response Center.

Subsea 7 has agreed with Sapura Energy Berhad to discontinue the SapuraAcergy joint venture.

SapuraAcergy’s heavy-lift and pipelay vessel, Sapura 3000, has been sold to a subsidiary of Sapura Energy Berhad.

The decision by Subsea 7 and Sapura Energy Berhad to discontinue the joint venture reflects the evolution of both companies’ long-term strategic priorities.

Fugro has informed that its current CEO, Paul van Riel, will retire on April 26, 2018.

The supervisory board of Fugro has decided to nominate Øystein Løseth for the appointment as a member of the board of management and subsequently as CEO.

If Løseth is appointed, he will join the board of management starting January 01, 2018.

Solstad Farstad has agreed contract extensions for two of its vessels.

The first extension is for the construction support vessel (CSV) Normand Pacific with Prysmian Powerlink, the Prysmian Group’s company responsible for the development of the “turnkey” submarine cable systems.

The contract has been extended one year to November 2018. 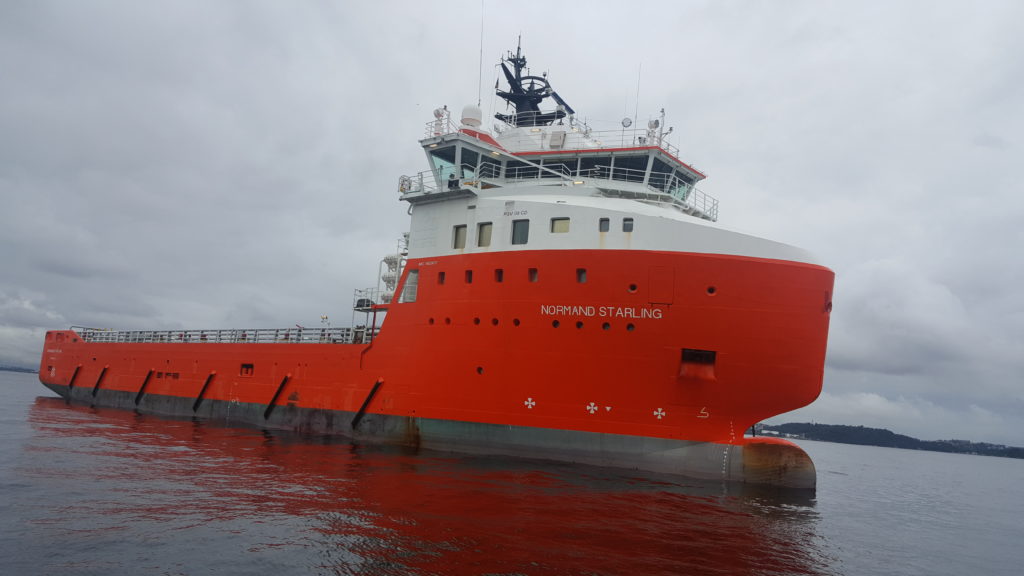