The icebreaker vessel is currently moored in Mustola harbor in Lappeenranta and has begun operating on Lake Saimaa and the deep waterways of the surrounding area this winter.

The removable bow, the world’s largest motorized of its kind, has been delivered by Turku Repair Yard as part of the Winter Navigation Motorways of the Sea II project.

The €7.6 million scheme, co-funded by the EU Connecting Europe Facility programme, aims to develop and enhance the maritime winter navigation system and its safety during the winter.

One of its key targets was the creation of a motorized icebreaking removable bow concept, which would enable ice-strengthened vessels to be used as icebreakers during the winter. This specific bow is capable of breaking ice up to 70cm thick.

Danfoss said that its EDITRON software also cuts fuel and delivers high efficiencies as the diesel generators in the DC system can be driven at variable speeds.

The power plan and propulsion system of the removable bow have been designed to be operated from the pusher tug wheelhouse, while the machinery can operate unmanned.

“We have operations in Lappeenranta, so we can see first-hand how harsh winter conditions directly impact shipping transport. This new kind of removable bow will make the whole industry more efficient and sustainable, as it will enable virtually any kind of tug to become an icebreaker ship,” Kari Savolainen, Project Manager at Danfoss Editron, commented.

“Lake Saimaa’s ice is more solid than sea ice and can reach up to 80cm thick. Developing this innovative design concept for the removable bow and equipping it with its own propulsion system will achieve savings in capital costs, as we will charter the pusher for only part of the year,” Juuso Kummala, Industry Line Director at Väylä, added.

As winter temperatures in Finland can plummet to -30°C, icebreakers are a necessity even during mild winters. Introducing hybrid electric power in icebreaking operations will help the country meet its target to lower emissions by 40% by 2030 compared to 1990 levels. 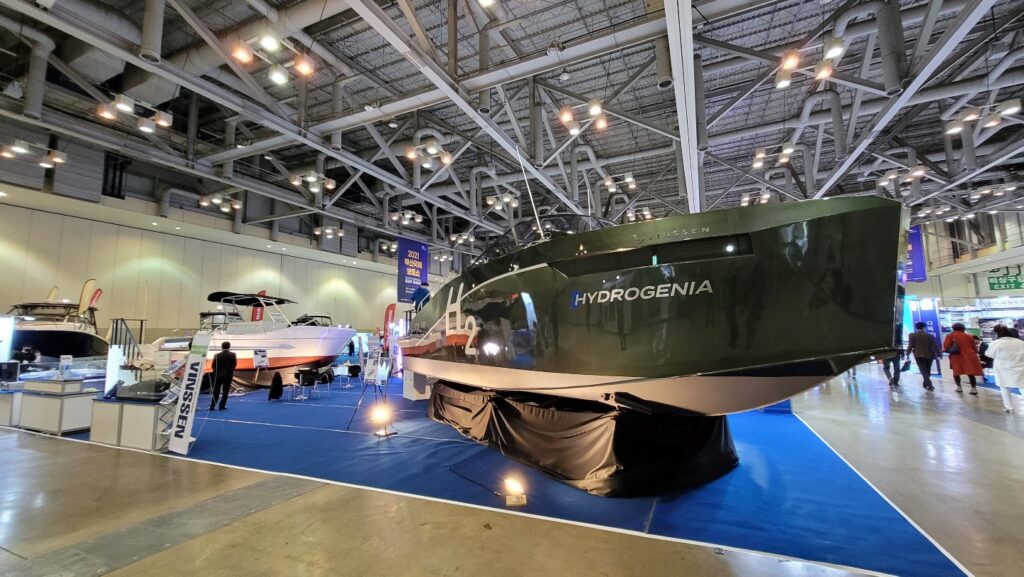 Vinssen’s hydrogen-electric vessel Hydrogenia unveiled
Posted: about 1 month ago
Russia returns to plans for first batch of LNG-powered icebreakers
Posted: 4 days ago
Japan to get LNG-fueled icebreaker for Arctic research
Posted: 2 months ago