Photo: Sluice in the Port of Flushing that will welcome W2E's 5th generation tidal turbine (Courtesy of Water2Energy)

Dutch-based company Water2Energy (W2E) is making headway with the construction of its next-generation tidal energy turbine that will be installed at an existing sluice in the Port of Flushing later in 2021.

The turbine, with a maximum rated capacity of 100kW, will be installed later this year in the recesses of a discharge channel next to the sea locks of Flushing’s Nautical Centre in the Dutch westernmost province of Zeeland.

The turbine technology, representing a new generation of a Darrieus-type water current turbine, is being developed by W2E as part of the INTERREG 2SEAS ENCORE project.

According to the project, W2E is building a special version of the turbine with adjustable blades. This is expected to provide an optimal flow angle of the blades, resulting in a significantly higher efficiency compared to a turbine without such blades.

In addition, thanks to the rectangular swept area, the turbine makes optimal use of the water flowing through the discharge channel, according to developers.

In combination with the e-system that converts mechanical energy into grid-connected electricity, the turbine should generate enough electricity to power the operations of the locks, or up to 100 households in a predictable pattern.

The assembly process for the turbine is expected to be completed this summer, after which the turbine will be installed at the Flushing port, better known as Vlissingen by the Dutch.

According to W2E, the company first plans to the test the mounting of the unit in the sluice starting from April, targeting summer to become fully operational.

Willem Molenaar, Business Development at Water2Energy, said: “We expect this project will be a significant step in proving the use of tidal energy as a cost-effective alternative. We are using the sluice in Flushing since it has the right conditions for our solution. We will use the high tide to allow water returning into the canal to increase power generation, and by using the existing infrastructure, we will also minimize the installation costs”.

Students from the Hogeschool Zeeland (HZ) University of Applied Sciences will be involved in the data acquisition and analysis for the pilot demonstration, according to ENCORE.

To remind, ENCORE recently appointed MET-support as its new lead partner, with three new observers, one of which is Hogeschool Zeeland (HZ) University of Applied Sciences.

If the pilot project proves successful, many more applications can be envisaged in small and large sluices and discharge channels all over the world. According to W2E, the company is welcoming the feedback for potential location suggestions.

Aside from the ERDF’s INTERREG 2SEAS ENCORE support, the project is also financed by the Province of Zeeland and W2E. 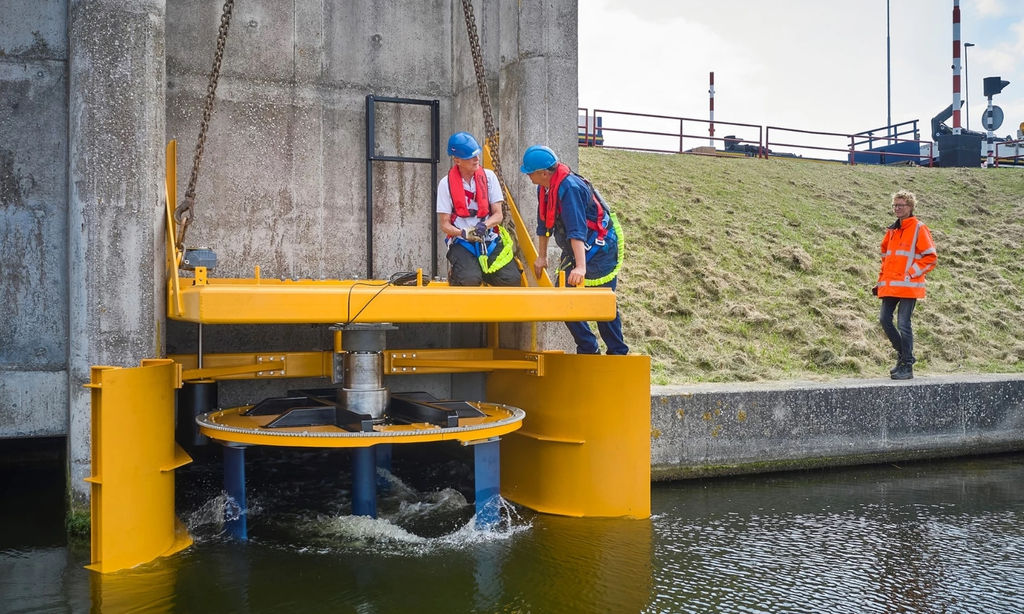