The Ulstein Verft subsea newbuild, ‘Island Performer’, was delivered today to ship owner Island Offshore. The flexible, state-of-the-art RLWI/IMR vessel will serve her first five years for FTO in the Gulf of Mexico.

“The vessel is customised to suit the scope of work in the FTO contract, in which RLWI (Riser-less Light Well Intervention) and IMR (Inspection/Maintenance/Repair) are the main tasks. She is able to perform operations at depths down to 3,000 metres, and the contracted work start at year’s end,” says Managing Director Håvard Ulstein, Island Offshore. “However, the very first assignment will be for the RogFast connection in Norway, in which the scope of work will be to investigate the sea bottom.”

“A large intervention tower is placed over the 8 by 8-metre main moon pool. She is equipped with a 250-tonne AHC (active heave compensated) offshore crane with a below-deck winch, and carries two deep-sea work ROVs, one to be launched through a dedicated moon pool and the other from the starboard side,” explains Ulstein.

‘Island Performer’ is the next generation subsea vessel from Ulstein, with large accommodation, storage and lifting capacities. She meets the highest standards for station keeping, redundancy and dynamic positioning (DNV GL class notation DYNPOS AUTRO, equivalent to DP3). Additionally, operability in DYNPOS AUTR (DP2) operational mode is maximised due to the ‘Operation+’ feature with a three-split configuration on main machinery. This set-up allows the vessel to retain system integrity and to continue operations uninterruptedly even after a substantial single system failure.

A shelter deck is stretching all the way past the main moon pool and aft to the main crane. This increases the operational window for moon pool work and offers a shielded space for various equipment. Arranged on the shelter deck is a multi-skidding system for handling 100-tonne skidding pallets. The design also includes a heavy-load cargo deck for transporting equipment for a multitude of operations and construction work.

‘Island Performer’ has been developed and built according to the latest international regulations in which safety and comfort are two key issues. The vessel is equipped with resiliently mounted tunnel thrusters, and she carries the DNV GL class notation Comfort Class, COMF-V1, which ensures that noise and vibrations are kept at minimum. SCR (Selective Catalytic Reduction) catalysts are installed for all engines. An ESD system (Emergency Shut Down system) is installed in order to automatically close down systems in case of a hydrocarbon leakage. ‘Island Performer’ has a crew capacity of 130, and in case of evacuation, each of the lifeboats on the starboard and port sides can accommodate everyone on board. Carrying the patented ULSTEIN X-BOW®, the vessel has reduced speed loss in head seas, resulting in reduced fuel consumption and emissions to air.

Håvard Ulstein comments: “Island Offshore has previous experience with this design. The two SX121 designed vessels already in our fleet have proved to be very successful to us. We are certain that the ‘Island Performer’ will achieve good results in complex deep water operations in the Gulf of Mexico.”

CEO Gunvor Ulstein, Ulstein Group, says: “The three contracting companies combined have extensive competence in the advanced subsea segment. Together, we have developed a solution which is particularly adapted to both RLWI and IMR work, and we strongly believe that the ‘Island Performer’ will prove her value in the years to come.” 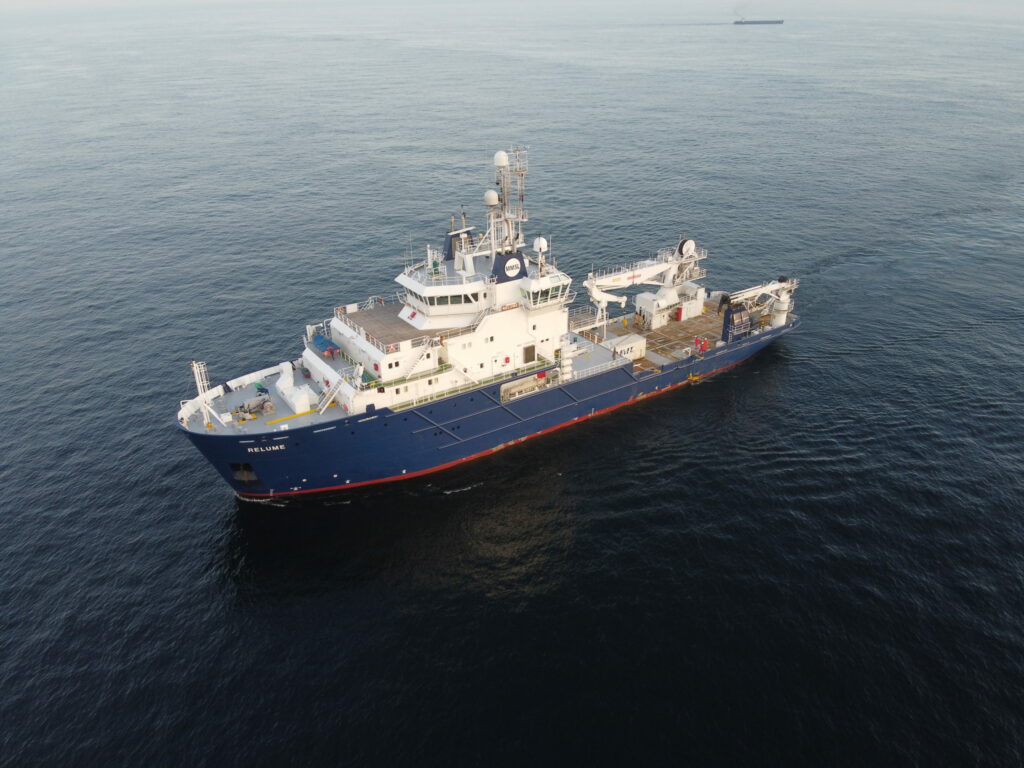