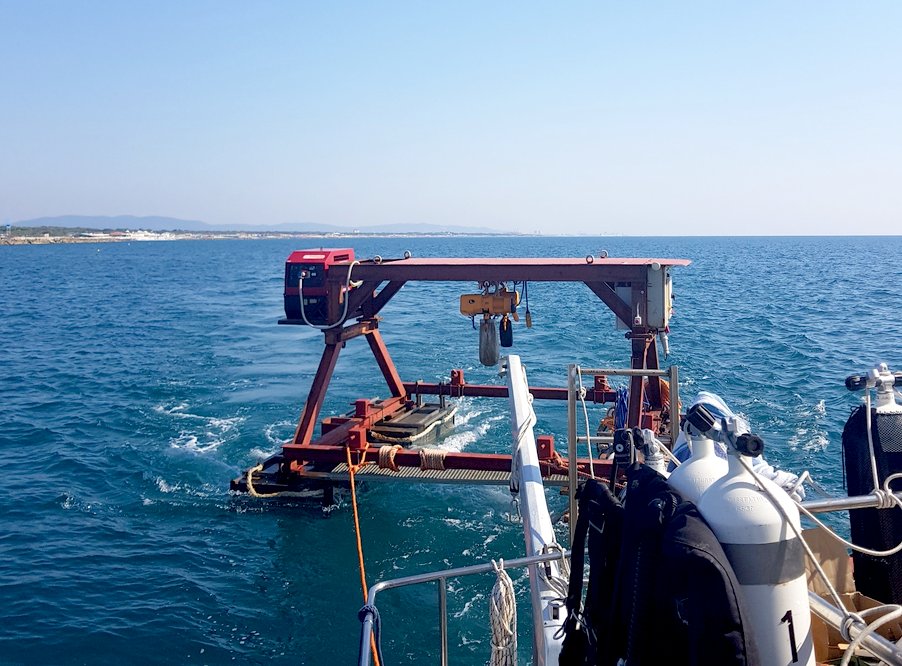 The upgrade works on the H24 wave energy converter have been completed, and the device – owned by Enel Green Power – stands ready to start producing power once again using the waters of the Ligurian Sea.

The original developers of the H24 device – Italian companies 40South Energy and Elements Works – completed the installation of the last remaining part required for successful power production from waves – the upgraded electronics box.

According to the CEO of 40South Energy, Michele Grassi, the coming weeks will see the commissioning of the machine planned to take place in two steps.

Grassi said: “The previous time that the machine produced electricity from waves, we dissipated it locally. This time, however, we will inject the electricity into the Italian grid. The program now waits for authorities’ approval to start the first phase of commissioning that will include the positioning of the ‘moving member’ with reduced size and the start of electricity production using that part.”

As reported earlier, 40South Energy Italia and Elements Works sold the H24 device to a clean energy subsidiary of Italian energy giant Enel – Enel Green Power – back in November 2016 as part of a co-investment agreement between Invitalia Ventures and Enel Green Power.

The H-type of ocean energy converter can behave both as wave and tidal energy harnessing machine that is always completely submerged once installed.

It consists of a guiding part located on the sea floor, or on a support structure, and of a moving part above it, which moves according to waves or tides.

The H24 machine in the Ligurian Sea, however, is only being used as a wave energy research and demonstration platform.