The agreement means the 69,000 sqm facility is on track to begin construction this summer, with the opening planned in 2024, JDR said.

According to the company, the new facility is the first stage of its plans to expand its product portfolio to support the growing renewable energy market, adding high-voltage export and long-length inter-array cables to its existing capacity and product capabilities.

JDR revealed in September 2021 that it plans to build the facility on the site of the former coal-fired power station at Cambois.

“Since our initial announcement in September last year, the UK has redoubled its commitment to net zero having hosted COP 26 and reaffirmed the importance of building out the country’s renewable infrastructure and supply chain in light of the current gas and energy crises,” said Tomasz Nowak,JDR, CEO.

“Now more than ever it’s critical to push forward with the UK’s offshore energy ambitions and we are delighted to take this major step forward in delivering the new site at Blyth.”

Furthermore, JDR has announced a £3 million investment into its existing facility at Hartlepool, with the installation of a new vertical layup machine (VLM).

The VLM is nearly double the weight capacity and increases production capacity at Hartlepool by approximately 25%, readying the facility for the manufacture of array cables above its current 66kV product range, with the addition of 132kV and 150kV cabling planned, the company said.

The UK-based company also recently joined the Science Based Targets initiative (SBTi) by setting targets to reduce its emissions and impacts. 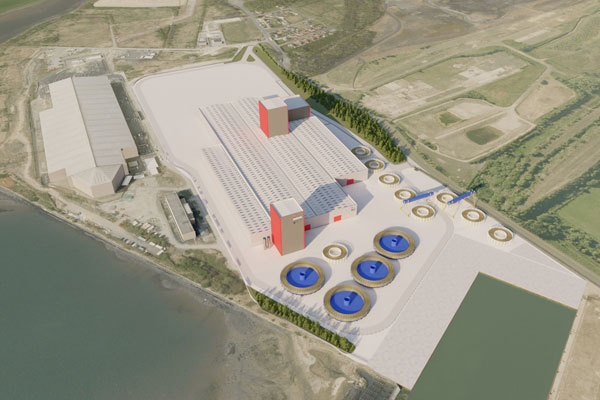