Japanese shipping company K Line has secured approval in principle from ClassNK for the design of its ammonia-fueled bulk carrier, paving the way for the company to take delivery of the vessel in 2026.

Another demonstration project is being supported by NEDO and it involves the construction of a liquified CO2 transportation vessel.

“At this time, there are no international guidelines for the use of ammonia as marine fuel, so K Line and partners are looking toward obtaining Alternative Design Approval for the shipbuilding of the vessel. A risk assessment (Hazard Identification Study – “HAZID”) was recently conducted on the safety of using ammonia as marine fuel, and the basic design of the Vessel was evaluated as ‘capable of ensuring the same level of safety as ships operating with existing fuel’,” K Line said.

The Japanese shipping major described the acquisition of the AiP as an important milestone for the implementation of ammonia-fueled ships, and also an important step toward the further promotion of the “Integrated Project” being facilitated by ITOCHU Corporation.

K Line and partners plan to proceed with the development of the vessel based on the basic design for which the AiP has been obtained, and aim to take delivery of the Newcastlemax bulker and begin its social implementation in 2026.

Nihon Shipyard will be in charge of developing a hull equipped with ammonia fuel tanks; an ammonia fuel handling system onboard; safety systems onboard, and verification of research and development through shipboard demonstration.

As part of this strategy, K Line decided to build eight new LNG-fueled car carriers in addition to the one that had already joined the company’s fleet, and order one LNG-fueled Capesize bulk carrier and one LPG-fueled LPG carrier.

Furthermore, K Line is working on the development of an ammonia-powered car carrier design for which it has also secured an AiP. 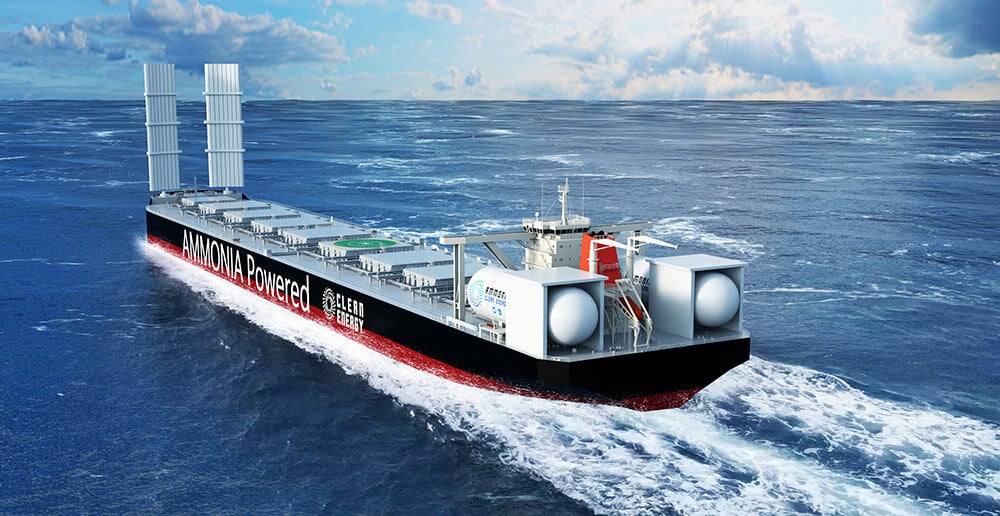