As informed, Wärtsilä EnergoProFin device replaces the propeller boss of each vessel and is equipped with tailor-made fins to cancel any vortex from occurring from the boss cap, reducing drag from the vessel. It will be installed on three CABU vessels MV Bakkedal, MV Bangor and MV Bantry.

The propeller add-on consists of a propeller boss fitted with short blades inclined to convert hub vortex energy into additional torque and thrust transmitted back to the shaft.

“The elimination of propeller hub vortex results in fuel savings, reduced stern vibrations and lower propeller noise. It also solves a number of rudder erosion problem,” according to the Finnish company.

Aboard KCC’s vessels, the device is expected to give fuel savings of approximately 2% to 3% and is compatible with the Becker Mewis Duct planned for installation also on these vessels. Both devices are scheduled to be installed during these vessels’ planned dry dockings over 2022.

KCC has previously installed EnergoProFin on the vessels MV Barcarena and MV Banastar. With this order all five CABU I vessels built 2001-2007 will be equipped with the technology, the company noted.

The CABU vessels are 72,500 DWT to 80,500 DWT combination carriers that transport caustic soda solution, floating fertiliser, molasses, and all types of dry cargo. The CABUs operate in the Far East, the Middle East, Australia, Brazil, and North America.

Besides operating a fleet of nine CABU vessels, KCC owns and operates eight CLEANBU ships, which are said to be the world’s most environmentally friendly deep-sea vessels. The CLEANBU carriers have been built to carry both wet and dry bulk cargoes. These vessels have up to 40% lower CO2 emissions per ton mile transported cargo compared to standard vessels, in line with IMO’s 2030 targets for shipping, according to KCC.

On May 25, the Norwegian shipowner took delivery of the MV Balzani from Chinese New Yangzi Shipyard, marking the completion of the CLEANBU newbuilding program. 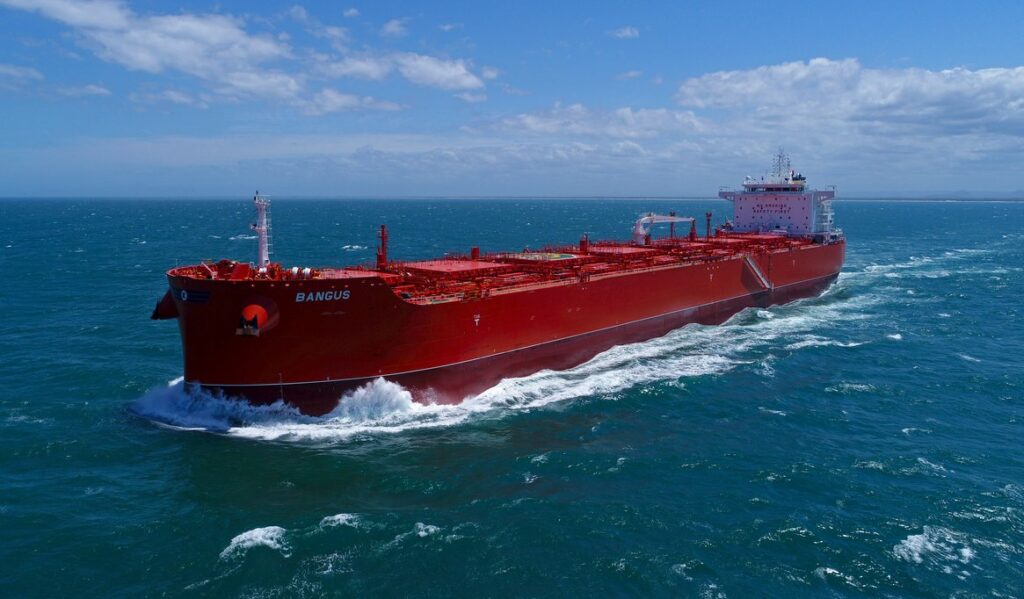